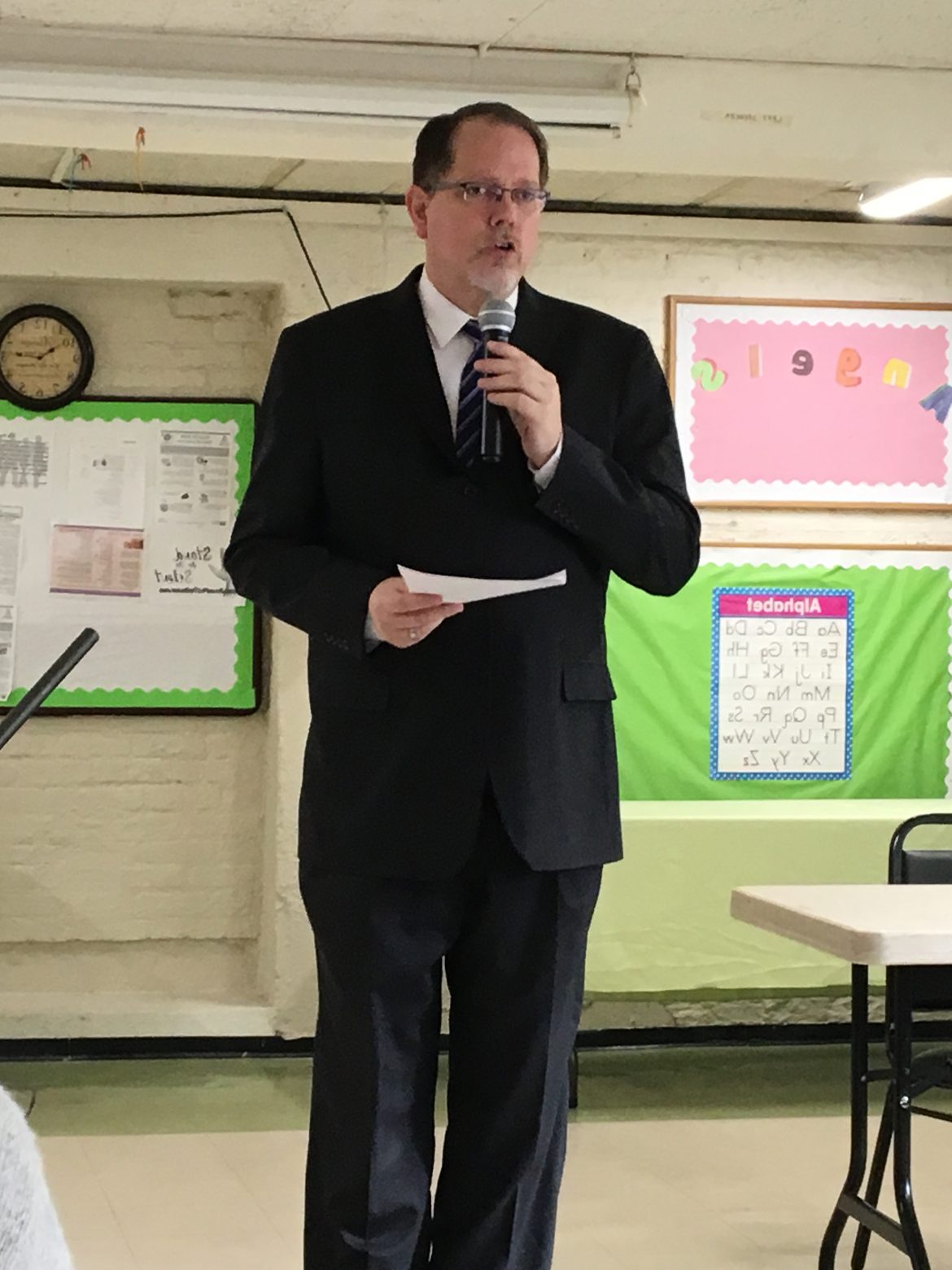 Years ago when Randel Josserand was a new teacher in Topeka, Kansas, a woman showed up at his door with a Bundt cake and some encouragement.

“She talked a lot about the students I should make a difference with,” Josserand said.

But he didn’t think that as a white man it was his place or that he would be accepted in an African-American school.

Her response: “I want to see you going into urban settings and work with children of color . . . You lead with your heart. The color of your skin doesn’t matter.”

That woman – Linda Brown – helped motivate Josserand, now a top Chicago Public Schools official overseeing West Side schools, to devote his career to working with African-American and Latino students. “Miss Brown has been an incredible inspiration.”

Brown became a part of civil rights history as a 3rd grader in the Topeka public schools. When she was denied admission into a white elementary school, her father, Oliver L. Brown, challenged Kansas’s school segregation laws. That challenge became a landmark U.S. Supreme Court case – Brown v. Board of Education – in which the country’s highest court declared state laws establishing separate public schools for black and white students to be unconstitutional.

Brown still talks a lot about her dad, Josserand said Sunday in a talk he gave at Third Unitarian Church to commemorate Dr. Martin Luther King Jr. She and her father, who died just a few years after the 1954 court decision, took great pride in being a spark in the Civil Rights movement.

Now 71, Brown still lives in the same house she grew up in Topeka. She’s very reluctant to call herself a civil rights hero, Josserand said. But she’s continue to play an important role.

In 1979, she had the Brown v. Board of Education case reopened. It made its way through the court system over 14 years, leading to a decision in 1993 that the Topeka school district wasn’t in compliance and the schools had be to desegregated.

Josserand, then a principal in Topeka, helped lead the committee in the 1990s to determine how to carry out that court order.

It was Brown’s push of confidence that helped Josserand early on focus his efforts as an educator on pursuing equity through education; his mother and aunt, who raised him to value diversity and equity, also played a role.

King had an incredible vision, something that absolutely resonates with me, Josserand said. King’s 1963 “I Have A Dream” speech has helped shape America. “What he said that day weren’t just words” but conveyed the ideals for which this country was established and holds all Americans accountable, Josserand said.

“More than ever, it is increasing critical that we hold on to the faith and beliefs that Dr. King’s dream inspired,” he said. “We’ve seen progress and regression . . . great leaps forward and today’s racial stalemate that threatens the very fabric of our nation.”

Now, skinheads openly march in an environment that encourages rhetoric and hate; President Trump pushes policies that discourage black and brown people from coming to our country, Josserand said, citing the recent comment the president made about El Salvador, Haiti and African nations being “shithole countries.”

He looked over at his wife, a graduate of Harvard University and the University of Chicago – and also of Haitian descent. “I can assure that all of those who stand on the wrong side of history that she’s making a great contribution” to society, Josserand said.

It is vital that we hold onto the ideals expressed by Dr. King, he said. As Brown, his mentor, has said countless times, getting our education system right is the key to racial justice.

A great deal has changed since then-U.S. Secretary of Education William Bennett declared CPS the worst school system in the country, Josserand said.

Today, CPS is in a different place, he said.

Thirty-some years ago, CPS had a 53 percent graduation rate; today it’s approaching 80 percent. Of the 100 largest school districts, CPS ranked 95th back then in terms of achievement and student growth; now it ranks No. 1, Josserand said.

Schools on the West Side – thanks to “incredible” teachers and principals, and “tremendous” students – have led this effort, he said. “Still, the achievement gap is too large . . . There’s still a lot of work to be done.

“I believe educational equity is the centerpiece of the civil rights movement today. We need to focus today as we did in the 1950s,” Josserand said.

And it will take all of us working together to reach King’s dream, he said.