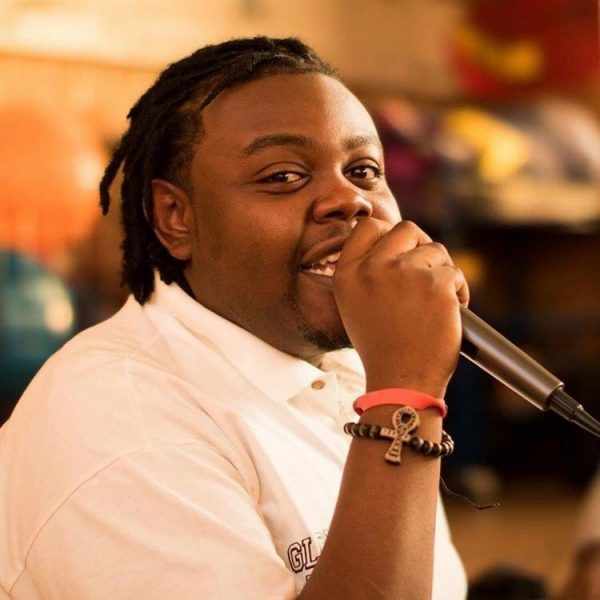 Born and raised on Chicago’s West Side, where a black boy is considered “easy to get in trouble,” young Khiry Johnson always felt a strong obligation to make the world a better place.

“I always saw myself doing something big; I just didn’t know what that was,” said Johnson, 26, whose career of stand-up comedy and motivational speaking just entered the third year and taken him to numerous places he once dreamed of visiting: Los Angeles, New York City, Seattle and– more recently – Hawaii.

“I really enjoy it,” said Johnson, whose latest achievements include wining a comedy competition in Vancouver, Canada, last year.

“I was really finding different ways to get involved, from doing host work, MC event, to speaking and doing stand-up – any way that I get in front of people and make them laugh, think and love,” said Johnson, summarizing himself as “a person who has great interest in comedy but also wants to change the world a little bit better.”

He still spends time on the West Side, squeezing in time between trips to come back to Chicago, where he works as a part-time mentor at Mikva Challenge, a non-profit that provides youths with resources to increase their civic and political engagement.

“There’s a stigma that you can’t get involved with politics until you can vote, which is not true,” Johnson said.

“You have to look at the power of political involvement in the sense of creating ordinances, and making sure that we are creating the social safety net to capture people who may fall between the crack of the system,” he said.

A few months ago, Johnson was named “alum of the month” by Mikva, where he horned his public speaking skills necessary to build up his career. But more importantly, that’s where he found a passion in helping young people like himself understand their power to make a difference.

Johnson joined Mikva as a student of Prosser Career Academy in 2007. With little idea about what to do, Johnson was placed on the education council, where he teamed up with peers to advise the then-CPS CEO Arne Duncan on education policies.

That was the first time Johnson had spoken publicly, in front of government officials and citywide audience, which convinced him that youth voices matter.

“Khiry gave some great recommendations about how to reduce violence in schools and improve security guard training,” said Mikva’s National Director Brian Brady, who used to be Johnson’s mentor and has worked with him on and off for the last decade.

On a council made of aspiring students, including those from Chicago’s top-rate schools and better-off communities, the Austin boy stood out with his insightful understanding of the real issues on the West Side. Growing up, Johnson moved around quite a lot with his mother, transferring from school to school, including Nash Elementary and Michele Clark High School.

“I had that opportunity afforded to travel outside my community and meet the young people,” he said, adding that experience motivated him to speak up and get involved.

Soon, Johnson got used to “sharing his deepest thoughts and most intimate feelings,” and pinpointing those that could help him make a point.

The next year, Johnson interned with Ald. Emma Mitts(37th)’ office, working on constituent services as well as day-to-day community issues.

The Austin teen got a glimpse of how the female politician exercises her power to deal with some hardest issues in the 37th Ward.

“It was powerful to see a woman in charge, which was something I had not seen as much as I should at that point of my life,” he said. “It was remarkable.”

Johnson learned to be on time by taking calls and filing papers, and saw how the longtime West Side alderman worked with local businesses and community organizations.

“Due to these opportunities, I was able to find more about myself, what type of gift I have, and more about the world,” he said. “It’s about coming up with really meaningful things we can do in the community.”

After graduating from the Northern Illinois University, Johnson returned to Mikva to work with youths across Chicago before taking courses in stand-up comedy at the Second City Training Center.

And his mentoring job soon expanded to other cities.

“He is a very creative, dynamic facilitator who connects really well with the students,” Brady said of Johnson’s current role in a youth leadership program in Los Angeles, where he mentors youths on developing behavioral strategies to avoid violence.

While Mikva gave him positive alternatives throughout his school years, there’s a “different attachment” he grew to Austin that Johnson could not deny.

“To be honest with you, I’ve lost families, friends, friends of families in the streets of the Austin neighborhood and the city of Chicago,” Johnson said. “So many of them got caught in a system that is not just.”

But youth in Austin can make change happen, he said.

“I think the most important thing I can tell young people is: acquire knowledge of yourself,” he said.

“Acknowledging how important we are and how positive we are, that’s how we start to value ourselves and each other, and move forward in a place of self-respect and self-empowerment.”