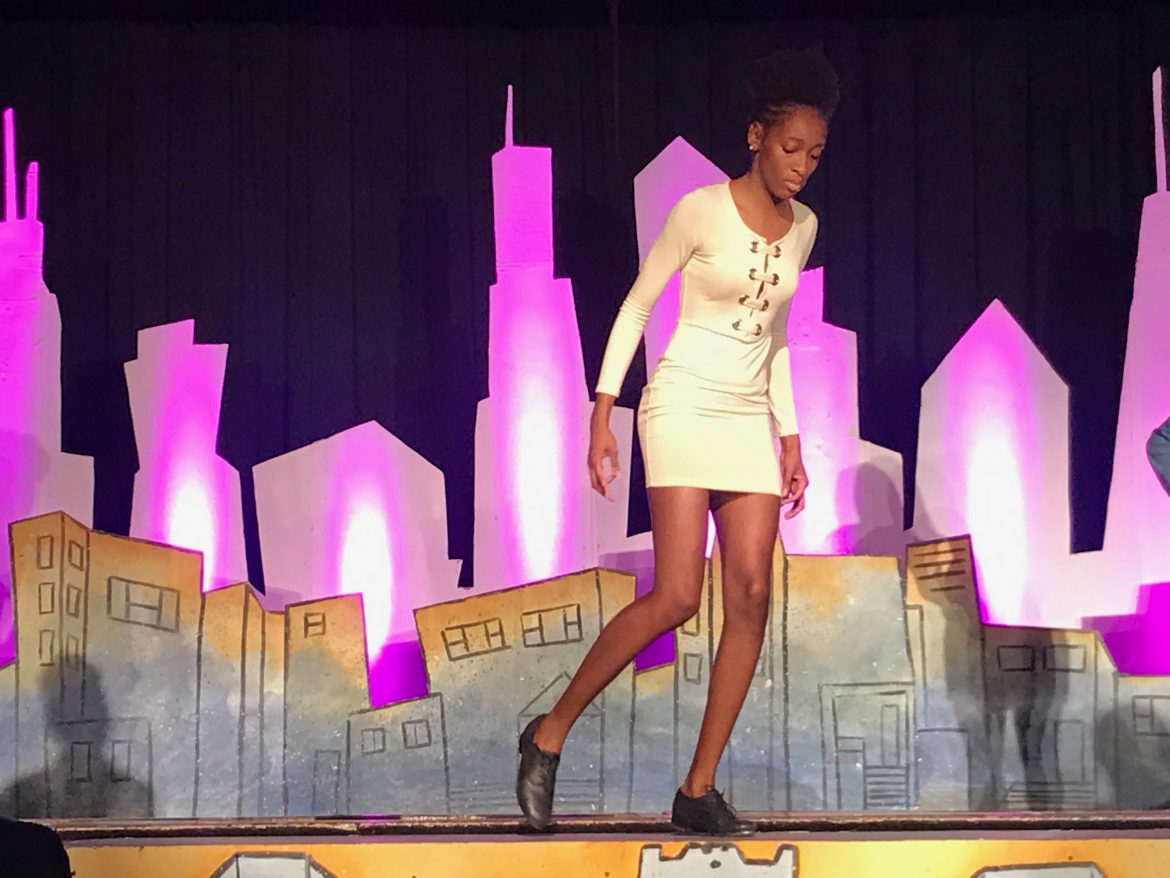 The idea of pursuing African studies in college came to Austin teen Aviance Spain as she tap danced with a group of South and West Side girls led by Bril Barrett, a North Lawndale native who loves to teach tap along with a bit of history, too.

“He taught us [things] like African history and African-American history,” said Spain, 17, who joined the team in 2012.

She and five other girls performed their latest tap dance piece EmpoWOMENt on a recent Thursday night at La Follette Park, the final stop of the 2017 Peacebook tour hosted by Collaboraction.

Spain, a 10-year tap dancer and a student at Rowe-Clark Math & Science Academy, is one of about 100 artists across the city who have been featured in the festival, which is intended to address the ongoing crime and violence in Chicago through art performance, said Genevieve Fowler, community outreach coordinator at Collaboraction.

“You are having a huge variation of voices being heard and stories being told,” Fowler said.

It’s the second year the West Town-based theater company has hosted a peace festival to bring together artists of different backgrounds and different neighborhoods.

The festival was expanded to 24 performances of theater, dance and song this year, she said; there were performances in Englewood and Hermosa before coming to Austin.

“It’s all about cultivating hope, peace and love, which will inspire action,” she said.

For Spain, tap dancing has led her to a broader world with more possibilities.

She was 7 when they asked if she wanted to try tap dancing. Since then, Barrett has been her instructor and mentor whose stories of the history and culture about her roots have ignited Spain’s interest in African studies.

Living with her mother and younger brother in Austin all her life, Spain believes programs like this will help address the violence in her community.

“Because it will bring more kids off the streets and into an open community where they meet other people,” she said.

While learning dance moves, Spain has become friends with a dozen girls age 14 to 18 from communities outside of Austin but who also share the similar experience of growing up on Chicago’s South and West sides.

The girls have been performing across the city, including the Downtown Goodman Theater, where they premiered EmpoWOMENt earlier this year.

The tap dance piece, directed by Barrett, is a powerful expression against violence and the social injustices facing young, African-American women, he said.

“These young ladies are just learning how to use their art form to express and educate themselves, but also to protest against things that they feel are wrong,” said Barrett, a longtime tap dance educator.

“When I teach tap, I like to teach history,” said Barrett, founder of Making A Difference Dancing (M.A.D.D.) Rhythms Tap Academy.

One of the stories he often tells them is how female tap dancers managed to break the oppression they faced on stage.

An interview with Fred Astaire and Ginger Rogers, who were tap dance partners in the 1930s, drew attention to the important role female tap dancers have played, Barrett said.

When Astaire, “the star so to speak,” was asked whether his female partner was as good as him, Rogers stepped up and spoke for herself.

“She said that, ‘I have to do everything he does backwards and in heels,’” Barrett said.

The program, which has a partnership with After School Matters, is a job training initiative that aims to prepare aspiring tap dancers at professional level, but Barrett hopes the skills they learn can be applied well beyond tap.

“They’ve learned how to speak up and how to demand excellence,” he said.

One more thing the Lawndale native has been trying to do, he said, is to generate peace and unity within South and West side communities.

“A lot of people think that people from the West Side and the South Side don’t get along,” he said. “We are shattering that myth because these young ladies are from both sides of the city.”

“But also again, they are learning how to fight with their art form,” he said. “I think the more people learn to fight constructively, the less they will fight to the detriment of others.”

“Bril is a national treasure in terms of keeping the flame of tap dancing alive in the communities which he sprang out from,” he said.

“He continues to do work with young people to help them become dancers, but more importantly, to understand the connected history to ancestors, to the big events of our communities’ lives, so that they can walk in the community as example setters.”

It’s about using tap to tell a new story about who we can become, he added.