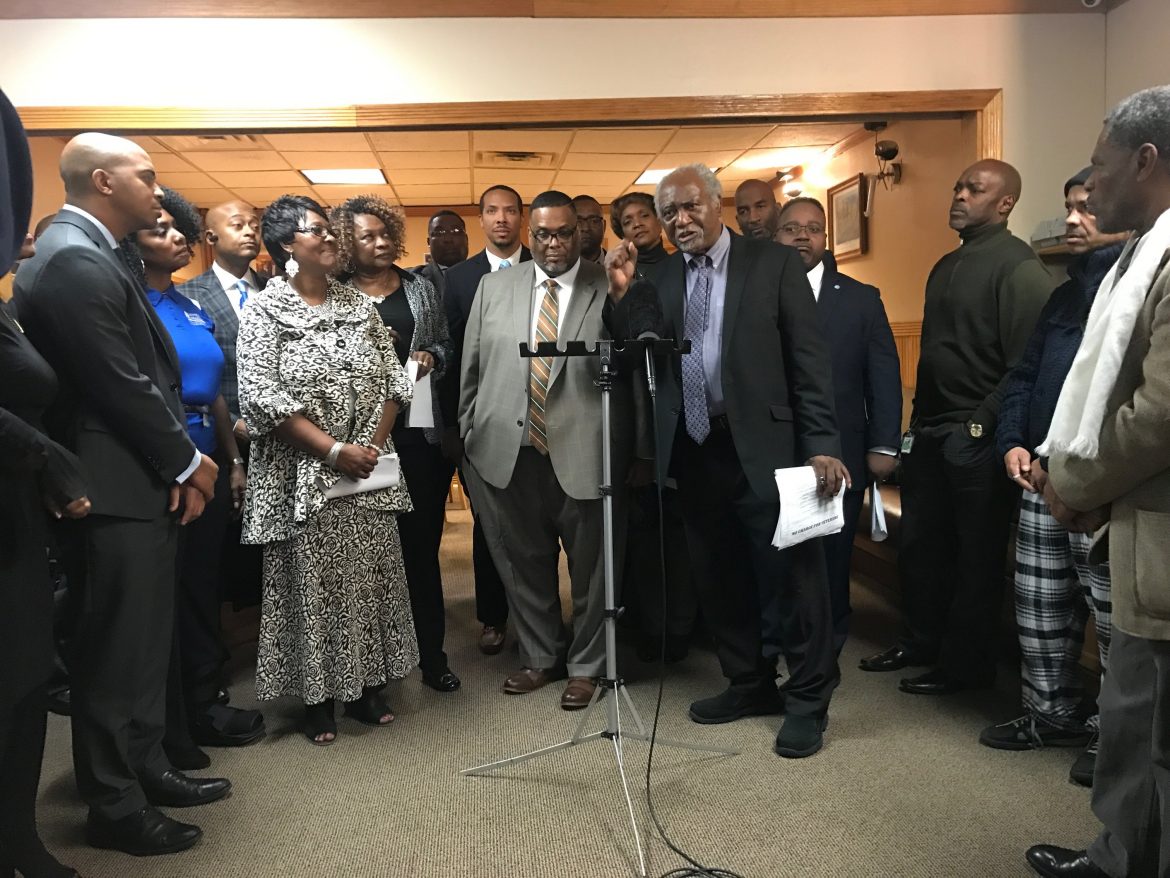 The legislation would disproportionately affect Chicago’s West Side if it became law, they warned.

The tax-reform bill – backed by President Donald Trump and pushed by the Republican-controlled House – would be a dramatic blow to low-income families on Chicago’s West Side, the politicians said.

U.S. Congressman Danny Davis called the proposal “the most consequential piece of federal legislation that any of us has ever seen,” saying it’s another attempt by the GOP and the president “to rip off the poor to enrich the wealthy.”

The bill would make a number of changes to the federal tax code, including altering the tax rate for both families and individuals and limiting a number of popular deductions, including mortgage interest, state and income taxes, and property taxes.

The bill’s GOP proponents say the proposal would streamline the tax code and result in an estimated $1,200 tax cut for a typical middle-income family whose median household income is $59,000.

“It’s a cut for taxpayers that would lead to even more national debt,” said Davis, who noted the national deficit is already at about $20 trillion.

And the bill, which features significant tax cuts for investors and corporations, would lead to cuts in essential services for the poor, the longtime congressman said.

If adopted, the bill would eliminate the student loan interest deduction and other higher education benefits – all of which would disproportionately affect the African-American population and low-income families, Davis said.

“We will go on to try to change those parts of the bill that we think need to be changed in order to better serve the people we represent,” he said.

“We need to make sure that everybody pays their fair share,” Davis said, adding he’s poised to present his amendments in the House, which began debating the bill this week.

Cook County Commissioner Richard Boykin said the bill is “one of the worst” offered by congressional Republicans, noting many people in Cook County would see their property taxes go up if it became law.

The bill would limit how much could be deducted in state and local property tax deductions to $10,000; and it would cap the amount of mortgage interest that could be deducted to $500,000, halving the current $1 million cap couples can now deduct.

“We cannot let it happen,” Boykin said. “We must call our congresspeople and senators and demand they vote ‘no’ on this terrible bill.”

Ald. Jason Ervin (28th) said, “This will have detrimental impact on some of the affordable housing programs we are trying to accomplish in the city of Chicago.”

“It’s giving a small tax break to many of the people we represent at the expense of losing
vital programs our communities need,” he added.

“What I’m afraid of is that as our communities are losing their homes, any tax credits [cuts] is going to hurt even more so,” Mitts said.

Scaling back the mortgage interest and property tax deductions would be a big blow to West Side Realtors and homeowners, who have seen their property values – and taxes – increase over the past years, said managing broker Cedrick Hunter of Oak Park.

People who look forward to their tax refunds wouldn’t get them in full if the bill passes, Hunter said during an interview after the meeting, adding that it could deter some from buying a home.

“It’s going to eventually affect property values, and the economy is going to suffer dramatically,” he said.

Elected officials called on residents to stand together against the bill.

“We must get engaged to make sure that those who have pay their fair share,” state Rep. Camille Lilly said.

“This will impact those who are currently unemployed and those who will be unemployed,” she said. “This type of legislation will turn our country in the wrong direction.”

Ald. Chris Taliaferro (29th) added, “When we walk these streets on the West Side of Chicago, we see a lot of what is not in our community,” he said. “We have to stand together and fight for which is rightfully ours.”

The U.S. House could vote on the tax proposal as early as next week.