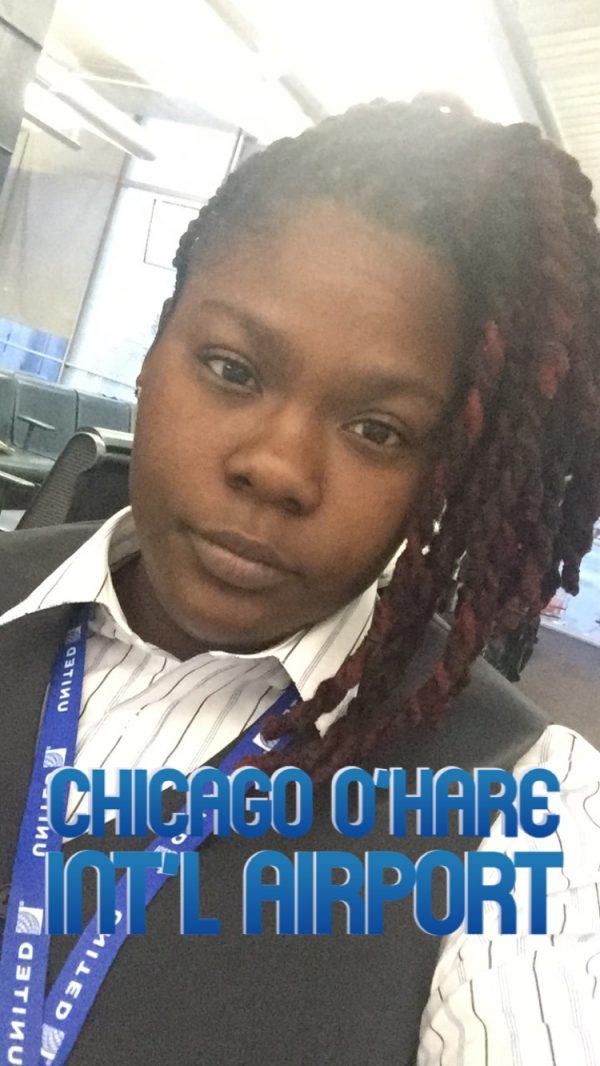 Austin resident Leatrice Shorty was excited when she received a job offer from United Airlines in March.

“I like it,” said Shorty, 28, who’s been working at O’Hare International Airport as a customer service representative for the airline the last six months.

Shorty, who has 13 years of experience in customer service, says she was laid off by her previous employer – CSL Plasma – last year.

As human costs and other expenses went up each year, the company had to cut its payroll; several higher-paid employers lost their jobs, Shorty said.

The layoffs were upsetting, she said, but it gave her hope when she saw a position at United Airlines posted on Skills for Chicagoland’s Future’s website.

“I was like, ‘I will give it a try,’” Shorty said, adding she had been sending applications to a variety of agencies, including Skills, a non-profit, public-private partnership that aims to return unemployed and underemployed job seekers to work.

The organization, which is based in the West Loop, soon got back to Shorty and arranged an interview for her. After another interview with United Airlines, Shorty started her new job at O’Hare in April.

Launched in 2012, Skills has helped place about 4,500 people in jobs across Chicago, approximately a third of whom come from the city’s West Side, said Cherita Ellens, vice president of business operations and communications at Skills.

“We work with a lot of individuals from both the South and West sides of Chicago,” Ellens said, adding their work has had its biggest impact on communities where unemployment rates are the highest, including Austin, Auburn-Gresham and West Garfield Park.

The group, which adopts a so-called “demand-driven model,” has been able to help job seekers get more money and stay longer in their positions, Ellens said.

“What’s unique about our model is that we are first driven by the need of employers,” she said. “We are able to get to know the employer on a deeper and more intimate level, and find out what they are looking for beyond the job description.”

The key is making the right match, she said.

“They are really varied in terms of the roles in the industry and the experience level,” she said.

In 2016, the group placed more than 100 Austin job seekers, Ellens said, adding they are on track to place another 100 this year.

Skills has been seeking talent for a number of major businesses that have a presence on and near the West Side, including O’Hare, Freeman, Rush, Walgreens, Bank of America and Chase, in addition to downtown employers, Ellens said.

The group has also been working with Austin Peoples Action Center and Austin Coming Together to reduce unemployment in the community, which is over 20 percent.

Austin has seen its unemployment rate increase and its economic opportunities decrease over the last few years, said Shorty, who moved to Austin in 2015.

“Every time I’m around, there’s been another place closing down, and that’s more jobs being taken away,” Shorty said.

Businesses have left Austin and so have residents, she said.

“A lot of people don’t have the transportation to get around. So once they move out of the area, it’s harder for them to work in Austin.”

The community needs to have more job workshops and programs that keep young people off the street, she said.

“You got a lot of jobs that want you to have experience,” she said. “With the workshops teaching them about different things, they will get some certificate showing they have experience . . . Then it will be easier for a job to take them in.”

The city of Chicago also has been working to bring commerce back to some of the communities that Skills serves, Ellens said.

“Hopefully, residents on the South and West side will be able to feel that in the years to come,” she said, but adding “that will take some time.”

“In the meantime, we have to be creative and find those opportunities that people on the South and West side can access,” Ellens said. “It’s about understanding where the job trends are going, what are the demands and what are the jobs for tomorrow.”

Skills plans to start a new program next month for individuals age 17 to 24, she said. That program will include providing support services for young adults who may find it difficult to stay employed.