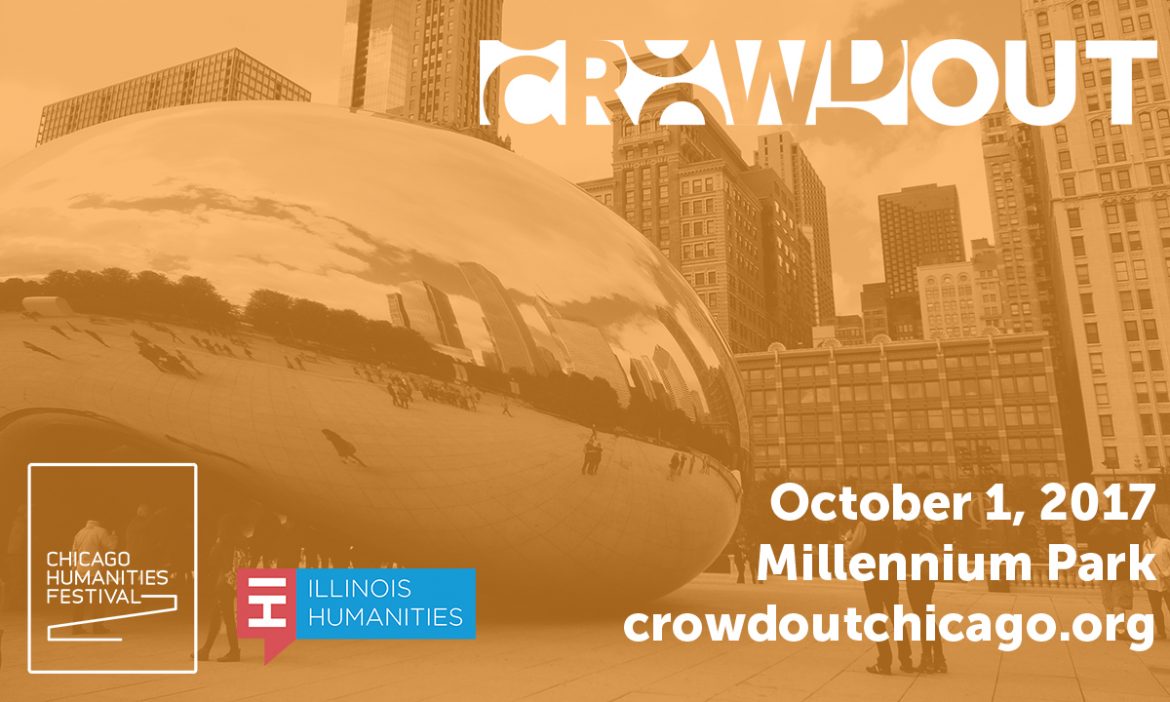 Dozens of West Side poets, singers and residents will come together next month to rehearse for a 1,000-person performance that they and Chicagoans from all 50 wards will participate in Oct. 1.

The rehearsals are being organized with the help of Illinois Humanities as part of the Year of Public Art’s 50*50 Neighborhood Arts Project initiative.

Community groups from each of the 50 wards will invite artists and residents to represent their communities during the 45-minute performance of Crowd Out, a musical piece written for more than 1,000 non-professional performers by Pulitzer-winning composer David Lang.

“This will be the U.S premiere of Crowd Out,” said Paul Durica, director of programs at Illinois Humanities, adding Chicago will be the third place where the piece has been performed, following concerts in England and Germany.

The 1,000-voice piece, which combines music with spoken, whispered and shouted words, sprang from Lang’s experiences with soccer matches, where he saw crowds in the stadium picking up dynamically changing identities from individuals to groups, Durica said.

“It’s an opportunity to explore the experience of being in a crowd – a sort of terrifying experience where they really grapple with those emotions” he said.

But most importantly, it will allow individuals to reflect on what it means to “become part of something that’s larger than an individual self.”

Before the Oct. 1 climax performance at Millennium Park, Illinois Humanities will partner with groups from each of ward to hold community gatherings where residents can learn the piece while having conversations about local arts and cultural development, Durica said.

Groups and individuals that will represent the West Side in the citywide choir include By the Hand Club for Kids in the 29th Ward, Austin artist Markell Mooney along with his artist collective Words of Life in the 37th Ward, and the Garfield Park Community Council in the 28th Ward.

“This will cultivate collaboration of audio and visual art from artists from various walks of the city to gather together in one particular sound and movement,” said Mooney, also known as Kell-O-G.

“All pieces are focused on a poetic fashion, on peace and harmony,” Mooney said. “It’s like a big melting pot of love and togetherness.”

For 29th Ward gathering will be Sept. 6 from 5:30 to 7:30 p.m. at 415 N Laramie Ave., with By the Hand Club organizing a choir of children from the Austin area, according to Illinois Humanities.

The Garfield Park Community Council is working on details for the 28th Ward community gathering.

Some of the choir members from the Helping Hand Missionary Baptist Church will also take part in the choir in the 37th Ward, Mooney said, and he’s trying to find at least “five solid poets from the West Side.”

“There aren’t any programs in my community (for) music, writing, audio and visual arts that the kids can be [part of],” Mooney said. “It hasn’t been marketed as strongly as other communities, like Hyde Park, Wicker Park and Rogers Park.”

Austin has rich music and cultural assets as well as young talents, he said, but few community centers have audio and visual art activities.

“The kids would like to learn to how to record and produce music,” said the longtime Austin resident. “A lot of kids want to get behind the microphone, to rap and sing.”

So there needs to be more dialogue, he said, “because people need to know what’s lacking in certain communities in terms of arts.”

Following the gatherings, there will be four dress rehearsals across the city, with each planned to have 250 to 300 participants. The West Side dress rehearsal will be held at Austin Town Hall Sept.22nd from 5:30 to 8 p.m.

Both the community gatherings and rehearsals will help the Austin neighborhood build partnerships and expand connections across the city, Durica said.

“It’s a chance for us to learn about what Austin community members want the rest of the city to know about it, so that we can be more responsive as for grants and programming,” Durica said.

There will be refreshments provided during the gatherings and rehearsals; all events are free.

All artists, performers and residents are invited to participate in the Crowd Out, Mooney said, adding there are important messages he hopes to send to Austin’s elected officials.

“If the political leaders are actually involved, they are aware of what’s going on and see the communities are actually doing something,” he said.

“Maybe we can create some after-school programs,” he said. “They’re whole collateral ideas that we can put together and try to get some kids of our ward involved.”