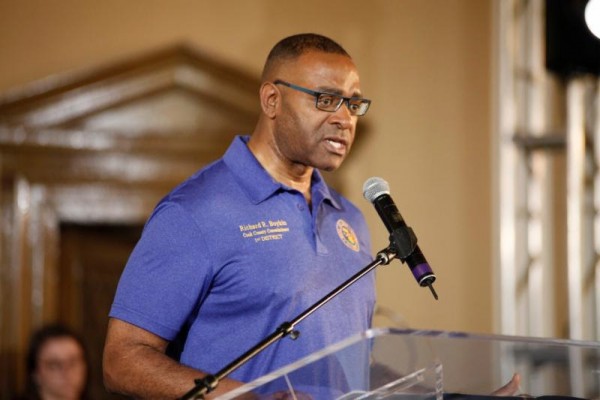 Last week, Facebook’s top policy officers traveled to Chicago to meet with the Rev. Jesse Jackson Sr., and myself. We had a remarkably productive meeting, and the company has pledged to continue working with us.

The company will return later this month to visit several high schools in Chicago. The goal will be to educate teenagers how to report and what exactly should be reported to Facebook.

I am confident this open dialogue will help confirm the importance of civility on social media with the young people we will meet with.

Additionally, the company announced that it will hire an additional 3,000 employees to monitor reported images and videos. This is a huge success.

Though the company isn’t yet sure where those employees will be headquartered, I’ve made the case that many of them should be from some of the Chicago communities with the highest unemployment.

Facebook has remained in the headlines the last several weeks for a series of horrific tragedies being streamed on its platform.

That is why I joined Rev. Jackson and Father Michael Pfleger to call on a 30-day moratorium on Facebook live.

Though the company has not yet agreed to a moratorium, it has been remarkably responsive to our concerns. I spoke to top executives at the company several times last month. They have made crucial commitments to find ways to curb the spreading of violent acts on Facebook and Facebook live.

The company has agreed to do a series town halls in high schools in Chicago.

The focus of these town halls will be to educate young people on how and when to report posts containing violent images.

There have been far too many horrific instances of violence in Chicago being posted to social media. This is about shootings and murders, of course. But it is also about sexual assaults and suicides being broadcast for the world to see.

I recognize that Facebook is not the primary cause of violence. People harmed each other well before Facebook was ever created. But social media is a key factor in the surge of violence in Chicago, and no one should be subjected to seeing such images pop up on their phones and computers.

Richard Boykin represents Chicago’s West Side on the Cook County Board of Commissioners.