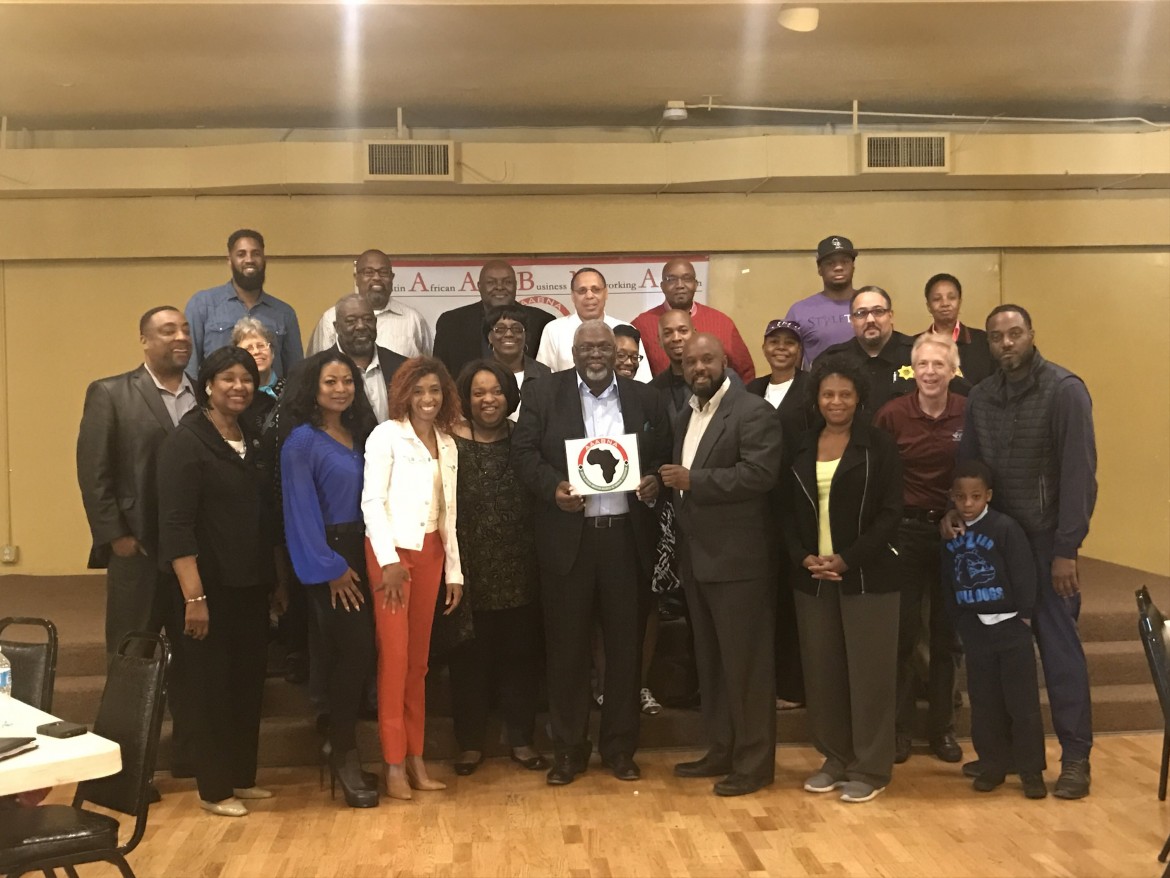 Already the owner of  four multi-unit buildings in Austin, Letrusia May is planning to purchase another property, this one on Chicago Avenue, for her jewelry boutique.

The 41-year-old businesswoman, who was born and raised in Austin, said she made the decision soon after the city promised to cover 75 percent of the startup cost for businesses opened along Chicago Avenue, or the Soul City Corridor, as it’s been dubbed.

It’s one of new eight retail thrive zones in Chicago’s less-developed communities, with most on the South Side.

“It’s going to be a business and entertainment district,” said May, who was among more than 20 business owners and local residents who attended the monthly Austin African American Business Networking Association meeting Friday.

“I feel like people will definitely come and visit these stores along the corridor instead of going to Oak Park.”

May is among the 11 business owners who have filed applications for a total of $1.2 million in small business grants earmarked for the corridor, which runs from Austin Boulevard to Central Avenue.

“Right now they really don’t have anything to offer along Chicago Avenue,” May said, referring to long-existing vacancies and lack of commercial activities along one of Austin’s busier streets.

“It’s beautifying and adding more real estate values to the community,” May said. “Once they see the changes, they will realize it’s like a little shopping street that they can visit.”

Malcolm Crawford, the executive director of AAABNA, said although the retail thrive zone had started to attract investors from both inside and outside Austin, things were not so smooth a few months ago.

“There were only two applications when we were here last time,” Crawford said during the meeting at Sankofa Cultural Arts Center, 5820 W. Chicago Ave, adding he was upset. “It was embarrassing because we went Downtown for two years and did all this fighting, saying we need this money.”

The plan to fund the eight commercial corridors on the South and West sides was not finalized by the city until late February. And the reason why few Austin people applied, Crawford said, was because the idea was too new for a community that has  struggled for so long.

“We’ve always had a focus on social service, religion, education,” Crawford said. “But there really wasn’t a focus on economics. So it’s one of the hardest challenges to get people to see the correlation between our issues and how economics affects them.”

But now it’s a great time for Austin to catch up on its commercial development, Crawford said, because “everybody is kind of listening.”

“We’ve had a Whole Foods apply, a toy store apply,” said Crawford, adding the businesses that open along the corridor will be of great variety.

Crawford is optimistic the revitalized street will stimulate economic development in the Austin area as a whole, like “putting a pebble in the ocean.”

“By us having a focus on business one street at a time, we have a ripple effect – and all the other things that happen because of that.”

The city will announce the recipients after their first round of selection in mid-June. The second round will be in August.

Crawford said both AAABNA and the city had put a lot of effort into the retail thrive zone, urging residents and property owners to take advantage of this hard-earned opportunity.

“Eighty-five percent of the disposable income of Austin goes to Oak Park because the services are not here,” Crawford said.

“All of our police eat in Oak Park,” he said. “So the sirens go off (when they’re) on Harlem, and they have to get all the way to Cicero to do their job. But you can’t knock them because we don’t have anything here for them.”

The businessman said the lack of sit-in restaurants can barely meet Austin residents’ and employees’ need for meal-time socializing.

“Everybody doesn’t just want mild sauce, Italian beef and all those quick food,” Crawford said. “You gotta be able to sit down, have a meal in a restaurant.”

“We don’t have sit-down restaurants, so that doesn’t allow us to socialize, to get to know each other. It’s frustrating.”

Austin is a food desert with 100,000 people, Crawford said, while Oak Park has half the population and eight grocery stores.

Bernard Lilly, 48, who has lived in Austin for 17 years, said there are more businesses and community organizations in Austin compared to the past.

“They are definitely growing,” he said of the increase in small businesses operating in Austin. “And that’s a good thing, especially when we can hire, shop and trade in our community as well.”

“Last year, we had 30 matches of mentors and mentees in our program,” the father of four said. “This year we have 55. The program is definitely doing better.”

The organization, which offers one-on-one and group mentorships, struggled to get funding when it first launched, Lilly said. But now, sponsored by AAABNA whose membership has grown over 40 this year, it’s set to expand its group mentorships to schools.

That’s because of the growing awareness of education’s role in reducing crimes among Austin parents.

“Statistics shows if a student has a mentor in their life, their attendance to school increases,” Lilly said. “It’s less likely for them to commit a violent crime or be involved in criminal activities.”

Crawford agreed, saying “the perception of violence” as the biggest obstacle that prevents investment in Austin.

“We’ve been labeled as this horrible place that you come to die. And it’s not.”

“Our business people are positive, upbeat, doing great things,” Crawford said, looking around the room. “We’ve got white and black people sitting together talking about business.”

Larry D. Ivory, the president of the Illinois Black Chamber of Commerce, said during Friday’s meeting that African-American businesses should facilitate community support and networking while being creative.

“The real question is what makes us worth knowing,” Ivory told the group of Austin business owners and residents. “It’s what we do as an individual or as a company that is unique, different and makes an impact.”

He said although black chambers of commerce across the nation have had tremendous growth, they are still not where they should be.

“Unfortunately, black people are still not at the table,” Ivory said. “We need psychological change. Black people gotta move to the center.”