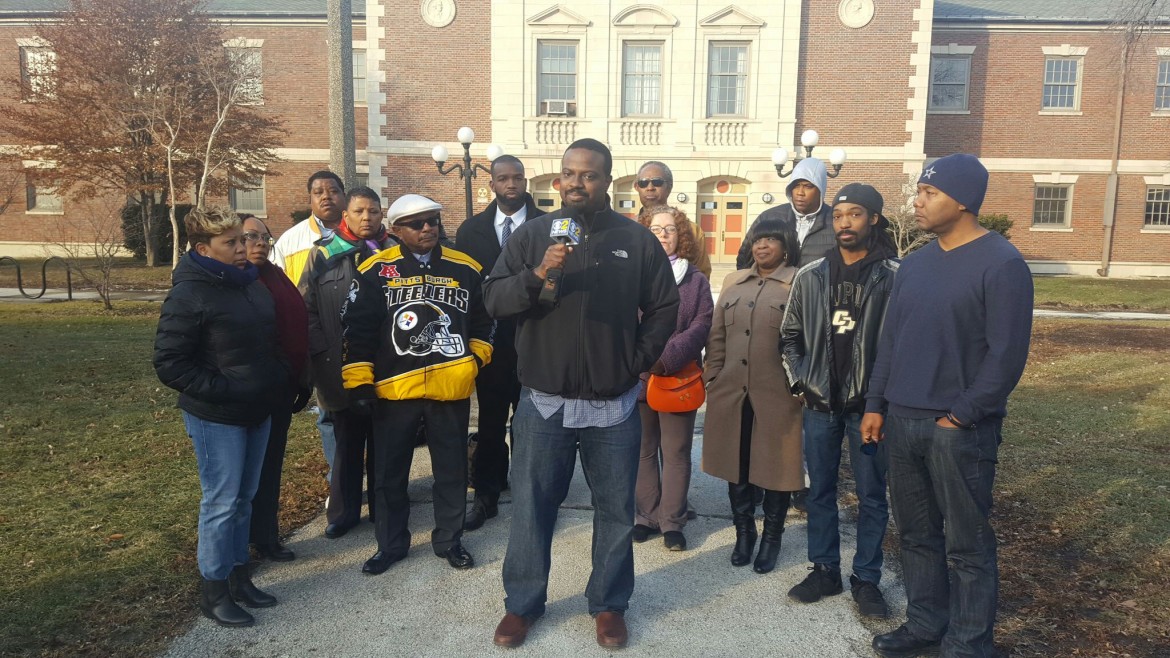 The news story earlier this year involving four individuals accused of kidnapping and beating a special needs teen on the West Side and broadcasting the attack live on Facebook was too much for some Austin residents.

Not just the brutal, senseless attack but the worldwide media firestorm it provoked. Chicago – already the focus of intense media coverage because of  the nearly 800 homicides in 2016 – violence has once again been in the spotlight.

“It was as bad of a week we’ve had for the West Side in terms of news media coverage,” said Austin community organizer Dwayne Truss.

CNN, FOX News and local media covered the story. Truss said it added to the already negative perception some have about the West Side and its residents. That perception, Truss said, shouldn’t reflect on the entire community, however.

Truss organized a press conference Jan. 15 outside Austin Town Hall to highlight the good things and people happening in the community. The date was significant because it fell on the weekend of Dr. Martin Luther King Jr.’s holiday. It was also 10 days after the kidnapping story broke.

“We just wanted to say that there are a lot of good people you don’t hear about and a lot of young people doing good things for the community,” Truss said.

The four kidnappers were charged with a hate crime and assault, among other charges. Tesfaye Cooper and Jordan Hill, both 18, and sisters Tanisha Covington, 24, and Brittany Covington, 28, have been denied bail. They’re accused of torturing an 18-year-old mentally disabled man in the Covingtons’ North Lawndale apartment Jan. 3.

The kidnappers brazenness in posting the attack live on Facebook added to the national outrage.

“This was the No. 1 story on CNN. It knocked Donald Trump off the news,” said Truss, who condemned the crime but stressed it was not reflective of the entire West Side.

Terry Redmond, a member of South Austin Neighborhood Association, attended last month’s press conference with her husband Lee. The two are active Austin residents, attending community meetings of their group and other organizations.

The media, Redmond insisted, mostly tell what’s negative about the West Side.

“They portray Austin as a crime and drug area, as a slum,” she said. “It’s more in Austin than crime and wild youth. That’s what I find frustrating they portray our community like that.”

Redmond and Truss said they’d like to see everyday folk – doctors, teachers, store owners and others – who are doing good things highlighted. It’s also good for kids to see these kind of people idea in the media instead of all the bad stuff, Truss and Redmond said.

The Jan. 15 press conference attracted about 20 people. Redmond said the local media largely ignored this story, which she found frustrating.

Looking toward the future, Truss said the community itself can solve its problems and improve its image.

“There are a lot of tools available to us, but we don’t collectively utilize it for community organizing. Use your own YouTube channel to say, ‘Hey, this is what’s going on.’

“You see young people on Facebook and YouTube, but it’s a fight that’s posted. They use it for the wrong intent, but they’re utilizing it. So how can we get them to use it for the right thing?”

The community also needs to use services currently existing in Austin, Truss said.

“You hear people say, ‘We need a community rec center.’ Well, you can use the park district that’s already there. That’s what it’s for, but we don’t take advantage of it,” Truss said.

“There’s nothing stopping you or your block from organizing a basketball game for the youth. And there are people out there who are doing this type of stuff. We already know what we don’t have, but are you willing to step up and fill the void?”