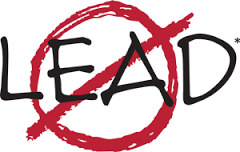 Another Austin school has tested positive for lead in its water, bringing the total number of local schools to three, with others still needing to be tested.

Lewis Elementary had one “device” test above the U.S. Environmental Protection Agency’s action level for lead, as did Ella Flagg Young earlier in July.

Parents at schools with failing lead tests have been notified, according to DNAinfo. CPS also confirmed all 324 district schools with a pre-K program that were built before 1986 have been tested.

The contaminated devices have been disabled at each of the three Austin schools: Lewis, Spencer Technology Academy and Young.

“There should be zero schools testing positive for lead. The only good that came out of the Flint, Michigan, crisis was someone here in Chicago took a proactive approach. They took a stance.”

Truss said an easy fix to prevent something like this from happening in the future is to make lead testing in schools a yearly requirement.

Officials at Ella Flagg Young and Lewis Elementary could not be reached for comment.

For parents looking for more information regarding CPS’s lead testing protocols and for a list of school checkout CPS’ lead testing webpage.