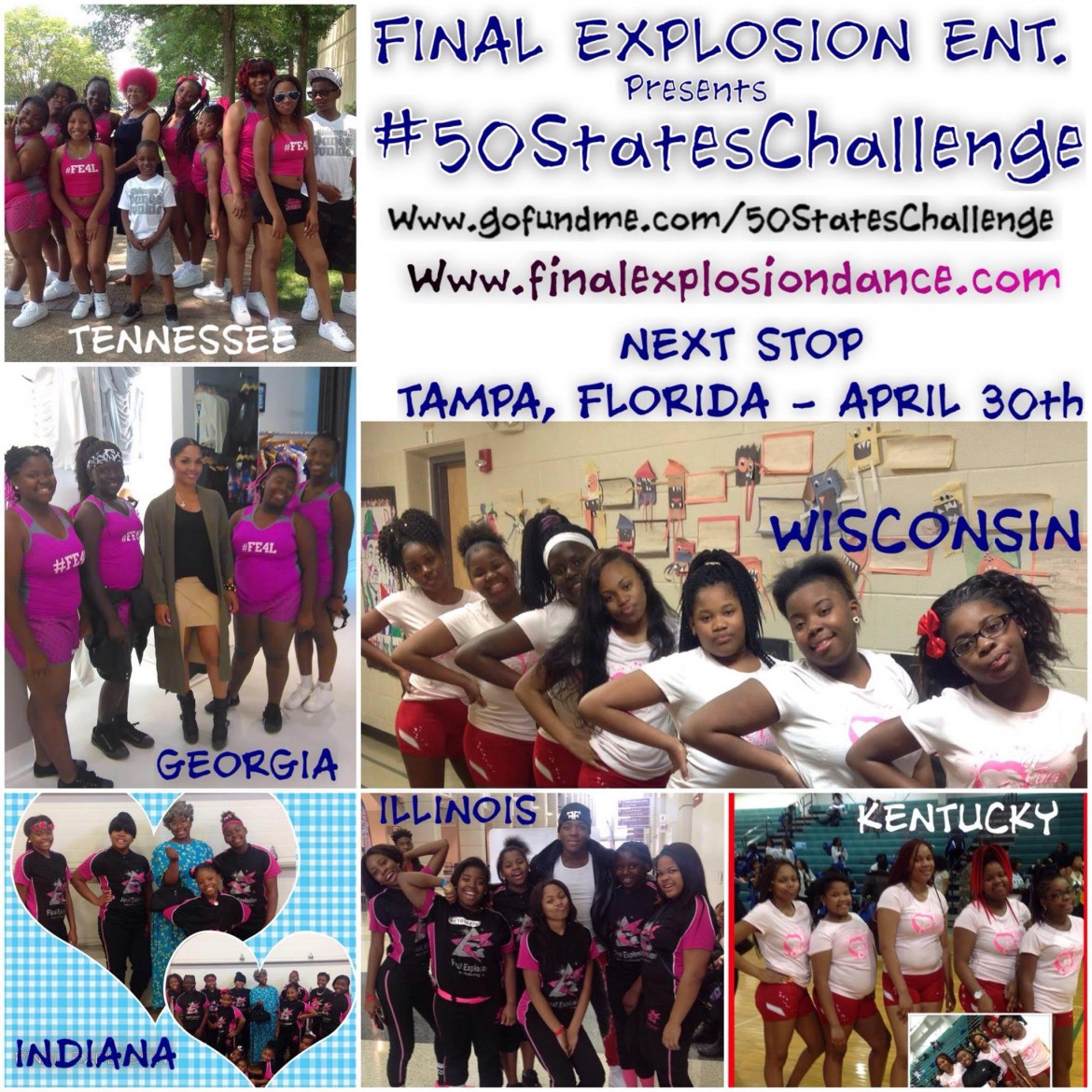 Walker, founder and dance coach of the Final Explosion dance team, watched closely as the group of girls went through the movements of their routine on a recent Saturday morning.

They’ve been working hard, rehearsing their opening performance for the National Dance Team Competition in Tampa, Florida, later this week. The West Side dance group still needs about $3,000 to cover transportation and accommodations for all 12 of its members for the three-day trip.

The group has come a long way since their start as a praise dance team in 2009. It’s been a journey full of ups and downs, Walker said.

“We keep pushing,” she said. “We’ve built a lot of relationships, we’ve expanded and grown a lot.”

Walker said she started Final Explosion so her daughters, who are now 13 and 15, could have an activity to do in their neighborhood.

The Austin resident had previous experience putting together theater shows and other activities, so she started the group and invited other girls from all over the West Side to join.

The hardworking team of girls and boys are between the ages of 4 to 18. They’re students from Frederick Douglass Academy, West Garfield’s Legal Prep Charter Academy and Lawndale’s Frazier Preparatory Academy.

In preparation for the national event later this week, they are rehearsing every day after school and on weekends from 5:30 to 7 p.m.

They hope to have most of the money they need before they hit the road April 29th; the competition begins April 30th.

To save money, they’ve decided to drive. The team is hoping that the community and local business can provide donations, in addition to their own personal funds, to pay the $254 per student fee. Donations may be made here.

Final Explosion hopes to build on its success at another out-of-state competition earlier this year.

In February, the team earned 2nd place in the hip hop category of a Louisville, Kentucky, dance competition, challenging some of the best dance teams in the Midwest.

The team has a mission – which it’s calling the #50StatesChallenge – to perform in all 50 states. So far, they’ve been to six different states outside of Illinois.

Walker said being a part of the dance team helps her boys and girls stay out of trouble away from “negativity.”

Dancing every day keeps these students busy, but the thing they like the most about being a part of the group is the opportunity to travel with each other and see new things, they said. They are building experiences, Walker added.

“Its definitely been an experience, one to remember,” she said.

Any businessthat donates $100 or more will receive a certificate from the team to hang in its office.

To make a donation by check, make payable to Latricia Walker. For more info, email final.explosion@yahoo.com.