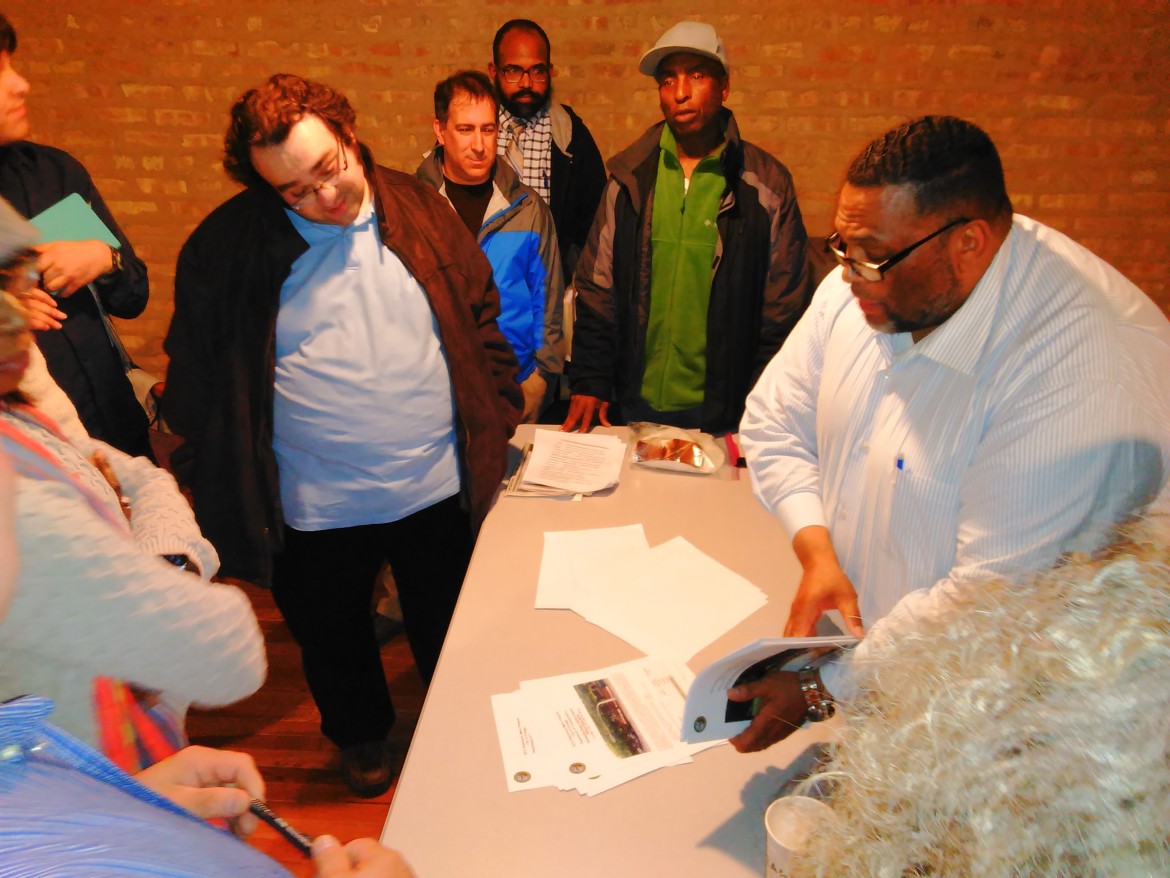 Ald. Chris Taliaferro wants to know how West Side residents think nearly $1 million should be spent this year from his aldermanic budget for capital improvements in the 29th Ward.

Each of Chicago’s 50 aldermen receive about $1.3 million each year in “menu money” to spend on improvements in their wards.

Since his election in April 2015, Taliaferro said his aldermanic budget has gone toward street repairs. The alderman said the plan is to spend $600,000 to $700,000 of his 2016 budget on other projects from his wish list.

Spearheaded in the mid-2000s by North Side Ald. Joe Moore (49th), participatory budgeting lets residents weigh in on how menu money is spent.

Committees comprised of residents will study each selected project, Taliaferro said, adding the community will have a chance to vote again on a final group of projects to move forward on.

Another project selected is installing adult outdoor exercise equipment at Amundsen Park. This one was put forth by Taliaferro, who estimates it will  cost about $50,000 for the equipment and installation.

“I think it’s an excellent idea to get the community’s input on projects for the ward,” he said of the participatory budgeting process.

Other projects include creating more community gardens in the ward and installing permanent signs highlighting Austin’s history. Taliaferro said the committees will help determine the viability of each project next.

“They might find that one project alone might cost $600,000. So they’ll help us determine which projects we might need to scrap for right now,” Taliaferro said.

One project not selected was adding decorative garbage cans in parts of the ward, particularly around Central and Lake. The topic of trash sparked much discussion at the meeting.

The abundance of trash in the community is a big problem, Taliaferro and residents said. But some residents said more trash cans aren’t enough since people aren’t using the ones out there already.

Resident Ron Reed said the city needs to step up in cleaning up Austin’s streets.

“The amount of trash just has a negative psychological effect on people. You just feel bad about yourself, you feel bad about your community; it’s just terrible,” said Reed, who’s a member of the Central Austin Neighborhood Association.

Reed said his group is planning an anti-litter campaign for the community. Other residents said it’s their responsibility to keep the streets clean.

Beverly Coleman said she’s ready to volunteer on any cleanup efforts, and she encouraged other residents to do the same.

Taliaferro noted that the annual Clean & Green citywide event is coming up Saturday April 16 and encouraged residents to participate.

Here’s the full list of participatory projects being considered this year for the 29th Ward: