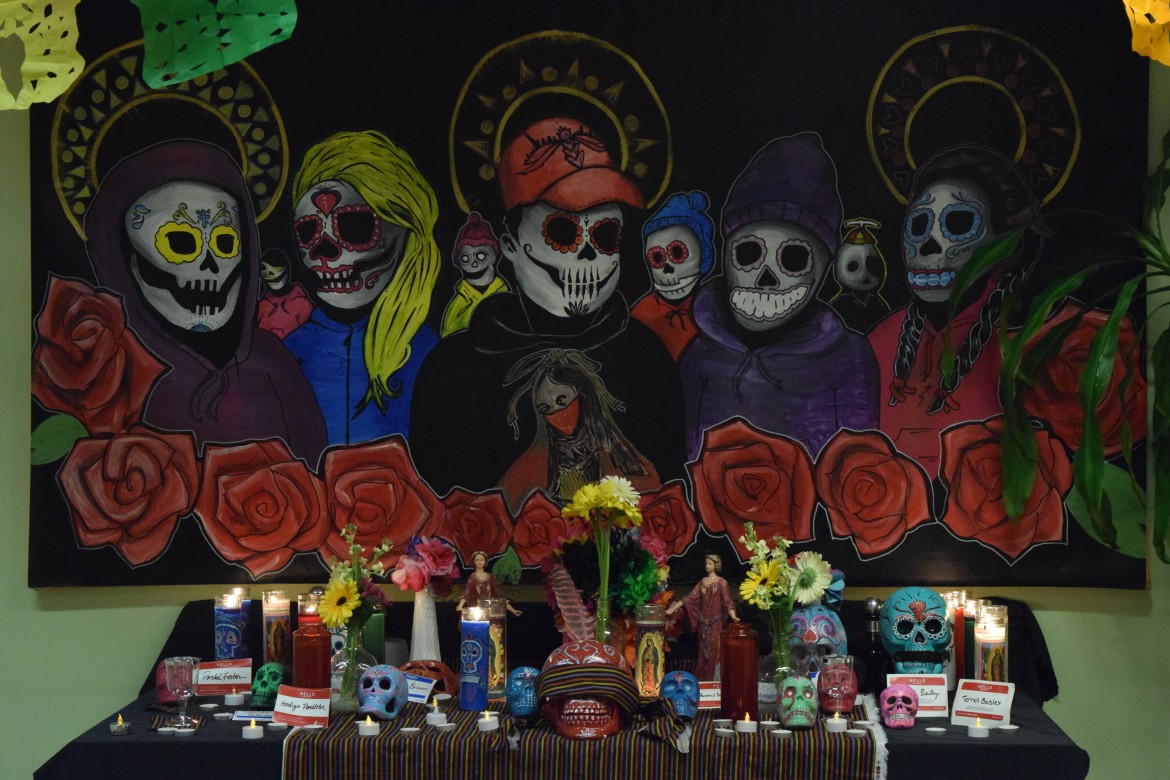 Art is a passion for 19-year-old Adolfo Tolayo. Instead of doing drugs, Tolayo pours himself into his artwork, he said.

“Art is like my drug,”  Tolayo said. “I am addicted to art. I am always painting.”

For five years, Tolayo has worked with BUILD, an organization that serves youth with innovative programs on Chicago’s West and South sides.

Tolayo, who is now a creative arts specialist at BUILD, was able to develop his artistic skills that he now uses to serve others. He paints portraits of victims of gun violence and gives them away to the families. It’s rewarding yet heartbreaking, he said.

“I feel happy, but I also feel sad because I did this beautiful painting for a sad cause,” Tolayo said.

For 47 years, BUILD has worked with youth through three primary programs — prevention, intervention and BUILDing futures. The group’s newest project, started this year, involves going to schools and bringing arts programs to kids who would otherwise have no access to the arts.

“Every school that we go to, all the art programs have been cut,” said Rick Miranda,  BUILD’s manager of arts academy programs. “So it’s crucial for us to go in there with the work that we’re doing, tapping into those youth.”

Although the West Side group partners with an array of stakeholders to offer a variety of services, the group’s art services are entirely funded by grants and donations. That’s one reason BUILD hosted its first art show and silent auction last weekend at its headquarters in South Austin – to raise money for the new program.

The featured artwork came from students, staff and other outside artists. The theme of the collection centered on bureaucracy and how policies in Chicago affect people, including those of color.

Miranda, along with other artists who volunteer their time, guided the students through researching public policies as they chose topics for their artwork.

Tolayo also contributed to the art show, and his largest piece was one of the night’s main center pieces.

In remembrance of youth lost to gun violence, Tolayo created a Day of the Dead mural that spanned an entire wall. In front of the mural sat a table full colorful sugar skulls, candles, toy guns and stickers with the names of youth who have been killed over the past few years. A lot of the names were people Tolayo personally knew, including his father.

In less than a year, Tolayo lost four good friends to gun violence, he said. The mural is in honor of them and others whose lives have been senselessly lost on the streets of the city he calls home.

“When I was painting this, it was in memory of them,” Tolayo said. “I was painting, and I was remembering the good memories of them and thinking that we’ve lost a lot of people. But there’s still guns in the streets, there is still violence, there is still everything.”

A lot of the children in the art program create pieces about guns, Miranda said. It’s a sad reality that so many children experience; many of them worry about walking back and forth to school, Miranda said.

That is why one of BUILD’s goals with the arts program, is to give kids a safe and worry free place outside of school to express themselves, he said.

“[Art is] therapeutic for them,” Miranda said. “They sit there, and it’s that release — where they don’t have to worry about nothing.”

Adam Alonso, BUILD’s executive director, said he’s impressed by how the kids translated such comprehensive policy issues in their work — and the depth of their understanding. It’s sad that fear is a reality for some of the kids, who are as young as 12, he said.

“These are sad images, and for our young people of color, this is what they live through every day,” Alonso said.

In a world where many young people feel society is against them, Alonso hopes his organization will be a beacon for the community, and a catalyst for building trust and supplying much needed resources.

“We really want young people to be successful,” Alonso said. “We know they have a lot of things working against them right now, and this is the one opportunity that we have.”