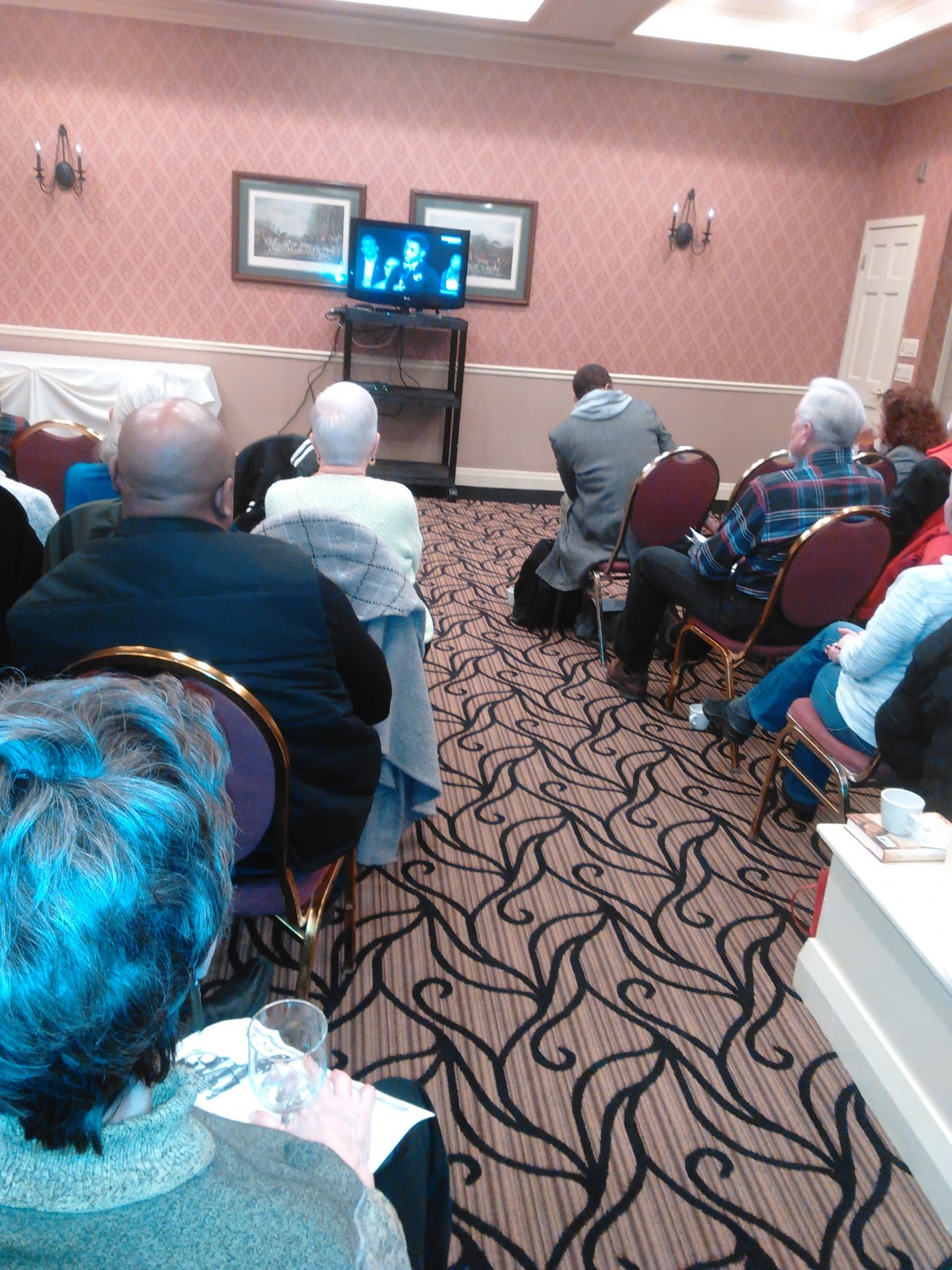 Contentious but conciliatory was the overall mood among the group of people in Oak Park watching CNN’s televised town hall Thursday night on gun control.

State Rep. La Shawn Ford hosted the watch party at The Carleton Hotel, attended by about 30 people, some in favor of President Barack Obama’s executive orders calling for an improved federal background checking system, with others opposing it.

With Congress deadlocked on the gun control issue, the president has made a series of executive actions that don’t require congressional approval.

The executive actions include increased federal funding to hire an additional 200 ATF agents to enforce gun laws. Obama also wants to spend $500 million to increase access to mental health services, and for the U.S Department of Justice to research gun safety technology.

The administration announced the measures last week, and Obama elaborated on them during the town hall at George Mason University in Fairfax ,Virginia. The president called them “common sense measures” to help make people safe and keep guns out of the hands of criminals and illegal gun sellers.

There was less discussion among the local group about the executive actions themselves. Instead, the discussion, which grew heated at times, centered on the causes and consequences of gun violence plaguing cities like Chicago, which has experienced dozens of shootings since 2016 began less than two weeks ago.

Twelve people were shot on Wednesday, the same day Obama announced his gun control measures during a speech in Washington.

Rep. Ford noted some troubling statistics about gun violence and African-American communities. While black people are roughly 13 percent of the U.S. population, they accounted for 57 percent of gun death homicides in 2013. Nearly 3,000 people were victims of gun violence in Chicago last year, according to Chicago Police Department data.

Those on both sides of the local debate offered their own solutions to the gun violence problem.

Calvin Caldwell’s stepson, Josh, was shot in 2014 on the South Side. Caldwell said his son, who was home from college, had picked up a couple of friends to drive to his cousin’s baby shower. They stopped at a store on the way, the friend went inside and came out followed by a guy who sprayed the car with bullets.

Josh was the only one shot and killed, his stepdad recalled.

Caldwell, who grew up in the former Henry Horner projects on the West Side, said the violence won’t stop until young people are taught how to resolve conflicts peacefully.

Wesley Bielinski, a gun owner from Chicago, said eliminating gun-free zones – areas where people are prohibited from carrying guns – would eliminate gun violence by allowing people to protect themselves.

“What President Obama is proposing is just feel-good legislation,” he said. “If you look at all the mass shootings, they were in gun-free zones.”

But Oak Park resident Joyce Campbell said what the president is doing is a good start to preventing gun violence. She also wants the gun debate to be based on the facts, not just peoples’ beliefs or emotions.

In August 1993, Alice Norris’ 14-year-old daughter was shot in an Austin restaurant, the unintended victim of a drive-by shooting. Rolanda Lakesia Marshall was in a coma for nine days when her mom decided to have her removed from life support.

Norris said she grew up in the South with family members who owned guns. Norris, who became an advocate for victim’s after her daughter’s death, said she’s not looking to infringe on anyone’s rights but believes there are too many guns on the street, including many bought and sold illegally.

“This is what we’re talking about with the executive order,” she said. “It’s common sense. You should have a background check. And you shouldn’t have a gun if you have some kind of mental problem.”

Obama opponents and supporters agreed that parents need to do a better job of raising their children and steering them away from the streets. Supporters said more job-creation and youth programs are needed.

Opponents, however, said those programs already exist and that people in those communities need to take more responsibility to stop the violence.

Almost everyone agreed that nothing will improve if people don’t come together to address the issue.

“I’m here to work with everyone and anyone on this issue,” Norris said.