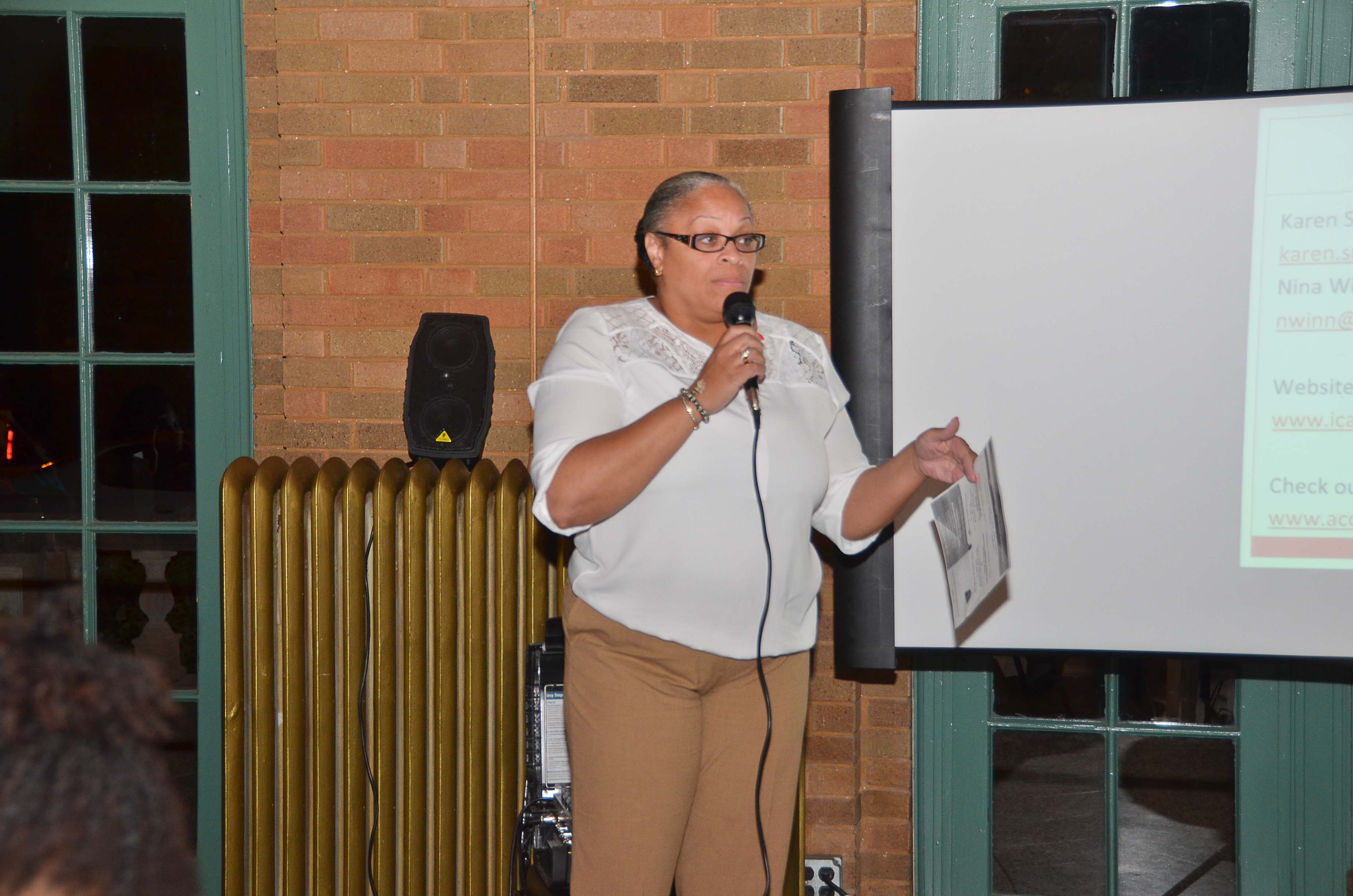 Austin and Galewood residents gathered last week for a community meeting – the first of three – to craft a community plan for the 29th Ward.

Ald. Deborah Graham said she was inspired by a community plan she saw at a sustainability conference last summer, so she brought in program coordinators from Accelerate 77, sponsored by the Institute of Cultural Affairs, to facilitate a plan for Austin.

The facilitators said Austin is one of the first communities Accelerate 77 is helping develop a sustainability plan.

Community sustainability focuses on local practices that contribute to the long-term survival of social, economic and environmental dynamics of a neighborhood, they said.

“It’s like my grandma used to say – leaving it better than you found it,” said Nina Winn, program coordinator for Accelerate 77.

The first phase is creating a vision, which residents did at the Sept. 4 meeting after breaking into groups.

The groups discussed what they are proud of, which issues are most critical and their vision for the year 2015.

Austin residents gathered at a table in the back of the room said they were proud of their ward getting recycling a few months ago, even though they said the neighboring 37th Ward has had recycling for years.

They also mentioned a garden at Frederick Douglass Academy High School they said is a source of pride.

But the group, some of whom have lived in Austin since the 1970s, was concerned about abandoned buildings in their neighborhoods, a strong sewer smell on some blocks, a lack of public art and an absence of viable businesses.

Their concerns echoed that of the entire group, who posted what they want to see in the community on a board at the front of the room. 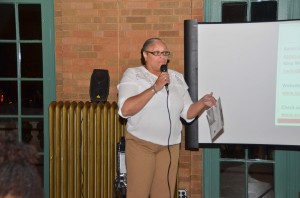 “As we continue to see the plan come together, when we see the first draft of the document, we will be proud,” said Graham.

She encouraged the group to stick together to see the plan through since it is just in the beginning stage.

It was Sherman and Yvette Reed’s first meeting in the 29th Ward after district remapping. The couple, who raised eight children in Austin and are active in their block club, said they are excited to get more involved in the ward.

And they’re excited to see the plan take shape.

The next meeting will be held Oct. 2 at 6:30 p.m. at Shriner’s Hospital, 2211 N. Oak Park Ave. Austin and Galewood residents will create a road map for how to achieve the goals they came up with last week.

The final meeting will be Nov. 6 at 7 p.m. at the Columbus Park Refectory, 5701 W. Jackson Blvd. It will be a check-in on how the plan is going.