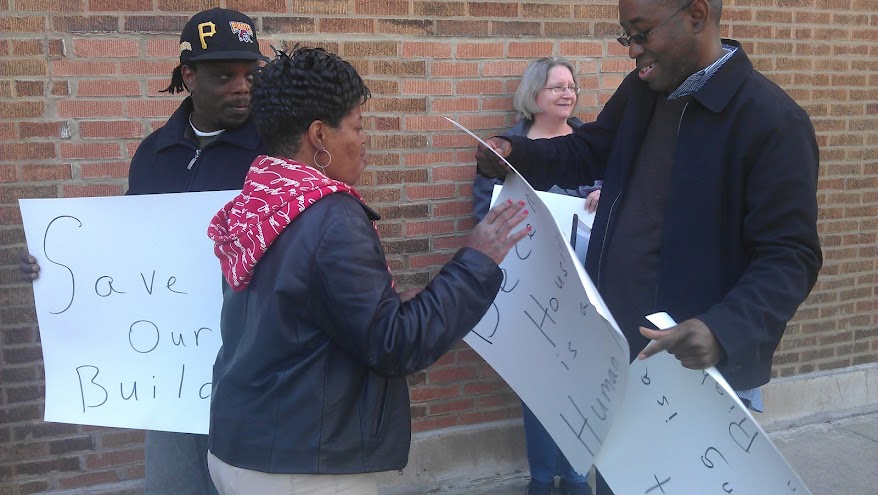 Tenants and members of the Occupy Chicago movement gathered outside a foreclosed apartment building at the corner of Laramie and West End avenues  Saturday morning calling on the building management company and bank to address unsanitary and dangerous living conditions at the property.

It’s since been turned over to the management company First Western Properties, and tenants say the company is not working to address a collapsing porch, leaking ceilings, broken windows, no heat and a cockroach and bedbug infestation, among other problems.

Some tenants say they won’t pay rent until the conditions in the building are improved. 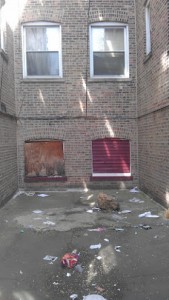 Back of the building.

“We demand all the maintenance issues in these buildings immediately be addressed now – not tomorrow, not a week from today, now,” said Pamela Johnson, a second-floor tenant of the building, who moved in on Feb. 3, 2012. 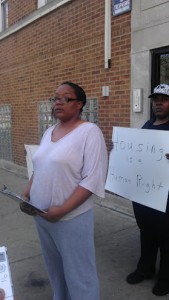 Johnson said she’s had complaints about her apartment ever since she’s moved in.

Upon moving in, there was no refrigerator in her unit. Johnson said First Western Properties told her she would have a refrigerator within the week, but she didn’t receive one until Feb. 17.

She added that there are no smoke or carbon monoxide detectors in her and other tenants’ units, and there are no screens on her windows.

“There are no screens here for our kids to raise the windows,” she said, adding that there are 12 windows in her unit, and she has three small children.

When Johnson moved in, she was not told the building was under foreclosure. She pays $650 per month for her apartment. When asked by a reporter why she hasn’t moved out, she said she can’t afford a security deposit and other finances required when signing a new lease.

She said she’s been paying rent even with the dangerous conditions, because she’s afraid the management company would kick her out of the building, and she wouldn’t have anywhere to live.

“Do I continue to pay the rent, or do I not pay the rent? I’m in a stand up, because I don’t know what to do,” Johnson said.

“I have no money to move. I have nothing.”

Janelle Teague moved into the complex on Dec. 13, 2011, and wasn’t told that the building was foreclosed upon signing her lease.

“I did not know,” she said. “They did not tell me it was in foreclosure, and I think that’s against the law.” 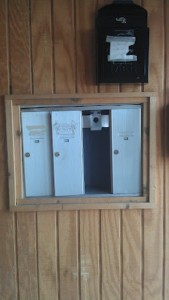 She said the day she moved in, she asked for mailbox keys and a mailbox—she still doesn’t have them.

Teague didn’t have running water in her apartment for at least a month until it was fixed in February. She said throughout that time she continued to pay rent.

Michael Givens moved into the building in May of 2010, when he was promised “all types of fixes.”

He said for at least six months he didn’t have running water.

Givens said it’s been months since thieves broke into the apartment building and stole the furnace along with the copper piping. 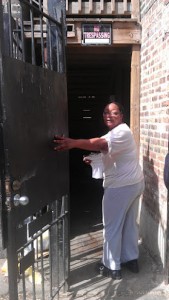 Johnson leads reporters through the unlocked back gate.

Dan Massoglia, who helps with social media for the Occupy Chicago movement, stood in solidarity with the tenants on Saturday.

“Nationwide the poorest communities are being forgotten, and this building is not an exception,” Massoglia said.

Redmond said the South Austin Community Coalition, the Occupy Movement, tenants and other partners will continue to put pressure on the banks and property managers that are not maintaining their buildings in the community.

“This is only the first step in a long campaign,” he said.

First Western Properties did not return AustinTalks requests for comment.