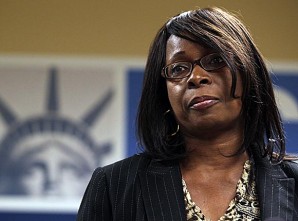 The suit says Chicago officials have failed to deploy police equitably across the city’s many diverse neighborhoods, resulting in disproportionate numbers of delayed police responses to neighborhoods with higher minority populations.

The ACLU of Illinois’ membership includes Austin residents, as well as Chicagoans from other underrepresented districts. The lawsuit follows a host of recent coverage about police deployment in Chicago. These reports reveal that minority neighborhoods have disproportionately lower number of officers than white districts as measured by response rates to emergency calls and rates of serious violent crimes.

The lawsuit is brought under the Illinois Civil Rights Act of 2003, which makes it unlawful for government to provide services in a manner that has a disparate negative effect on any racial group.

Recent media reports, including stories by both the Chicago-Sun Times and the Chicago News Cooperative, make clear that the number of police officers deployed to specific areas of the city do not primarily consider either the rate of violent crime in a specific area, or the number of emergency calls or delays in responding to those calls in each section of the city.

The Sun-Times compared responsiveness to 911 calls in two areas, Town Hall (with a predominantly white population) and Chicago Lawn (with a predominant minority population). Looking at situations where there are no resources to respond to 911 calls – known as Radio Assignments Pending or “RAP” – statistics show that Chicago Lawn was in a “RAP” situation 885 times during a period between 2009 and 2010, while Town Hall was in RAP only 17 times during that same period. The result is that many residents in predominant minority areas have 911 calls that go without any response.

The rationale and scope of police deployment is difficult to measure and analyze since the city – as the Chicago News Cooperative said last week – “steadfastly declined to make public” data about officer placement in Chicago. The ACLU of Illinois has unsuccessfully sought for many months to get more data on deployment of police officers in Chicago, meeting obstacles and resistance at every turn.

“There is nothing that is more frightening and more discouraging than calling 911 when there is an emergency and getting no response from the police,” said Ron Reid of CANA. “We know that people leave the community – people who are critical to rebuilding our neighborhood – because they feel like the police simply do not respond when they are needed.” 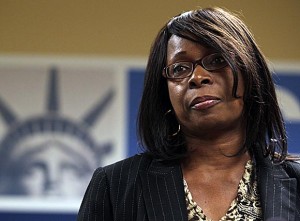 “Communities of color deserve the same level of responsive policing as traditionally white neighborhoods,” added Seretha Reid of CANA. “No one should be treated as a second-class citizen in our own city.”

The problems with the allocation and deployment of police officers in Chicago are not new. Two decades ago, reports surfaced making clear that African-American communities did not have enough officers to respond equally to 911 emergency calls.

A 1992 study funded by the city and done by the Booz, Allen, Hamilton consulting firm found the deployment of Chicago police officers did not reflect the realities of higher crime rates and numerous 911 calls in certain districts. The report concluded that officers in busier districts – those with predominant minority populations – took longer to respond to emergency calls. In the nearly two decades since, little has changed despite several proposals, public statements and promises by public officials, the ACLU contends.

“It is widely known that 911 calls are more likely to go without response in minority neighborhoods when compared to white neighborhoods,” said Harvey Grossman, legal director of the ACLU of Illinois, which is representing CANA and the Reids.

“For too long, the city has hoarded the information that would have revealed the full scope of this problem. Now that we are seeing data, it is time to take definitive steps to correct the problem,” Grossman said.

The lawsuit asks the court to order the city to end its present method of deploying police officers and to submit a plan that will guarantee all neighborhoods receive equal emergency services.

Richard O’Brien and Eric Mattson of Sidley Austin are assisting the ACLU of Illinois in the lawsuit.

according to the American Civil Liberties Union of Illinois

2 thoughts on “Austin group joins ACLU in lawsuit against city”