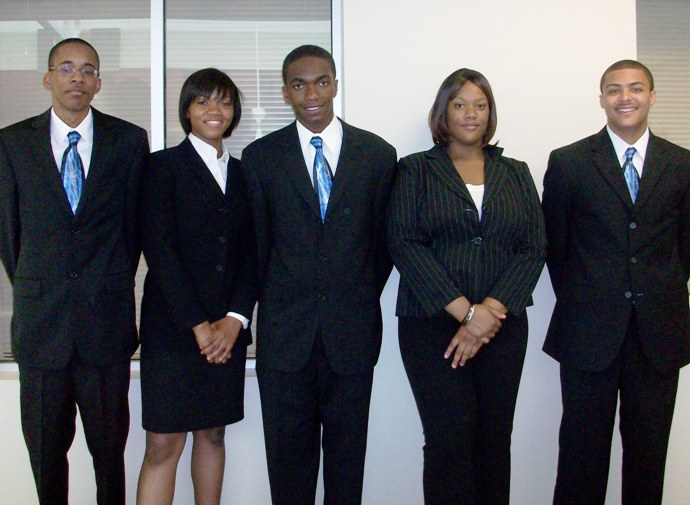 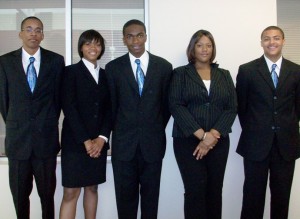 Imani Marshall, a senior at Whitney Young Magnet High School, and her brother Marvin Marshall, who graduated in May from Providence-St. Mel School and will be attending Galesburg College, competed June 24-26 with three other Chicago area students against two dozen other teams. The other team members came from high schools in Joliet and Oak Park.

The group studied and practiced several months for the competition, meeting via conference calls or hopping trains to gather at colleges Downtown.

“I learned about working as a team, delegating work, how to do market and financial research, and tackle a problem head-on. You can use these skills anywhere, whatever you do,” said Imani, who was chosen team co-leader.”

At the national LOT business case competition, held at the University of Connecticut, all the teams were assigned the same case study: a fictitious cosmetic company that aimed to break into the American market. Each team had to analyze the market, the competition and the financing, then create a business plan, an ad, web site and mobile application.

A panel of judges grilled them with questions, Imani said, “to make sure you know what you’re talking about.”

Imani and Marvin’s mother, Lisette Marshall, herself a graduate of Jackson State University in Mississippi, is proud of her children, who both aim for careers as physicians.

“They gained a lot from the program that isn’t taught in regular school — public speaking, analytical ability, creativity, organizing.”

Imani agreed: “The whole program and competition — it’s very empowering as an African-American student, because you realize there are other kids striving for excellence like you are.”

Over the last decade, National Black MBA Association chapters have chosen talented high school student leaders and mentored them in LOT programs around the country, helping them learn business skills, prepare for college, and give back to their communities. Local chapter volunteer mentors offer tutoring, workshops, and chaperoning for college tours and to the annual conference.

Mentors coach LOT students each month for about three hours on skills such as interviewing, resume writing, career choices and communication. Members and corporate partners are invited to meet the students and offer job interviews.

“It’s a matter of teaching students the fundamentals of business, how to network and plan their careers, and how to step outside the box and push themselves beyond what they think they’re capable of,” said Amelia Jackson, program manager of LOT’s Chicago chapter. “Every month they meet at a college, so they get used to being in a college setting.”

The National Black MBAs hold networking sessions for adult business people as well and networks with the National Society of Hispanic MBAs.

The LOT program accepts African-American students in 9th through 12th grade. The meetings are held once a month on Saturdays beginning in September, and contest teams are chosen in March. For more information, call Jackson at 224-213-9679 or e-mail her at anjacksn@sbcglobal.net.