In an education system where only 55 percent of students graduate high school, Mayor Emanuel has and deserves every right to send his children to a private school. 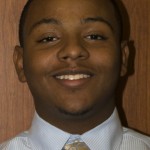 As a recent graduate of Chicago International Charter School (CICS)–Ralph Ellison campus, which serves 600 students in the Auburn-Gresham neighborhood, I know firsthand how important school choice is and how much of a difference it has made in my life and in the lives of my classmates.

Without Ralph Ellison, my only choice would have been to attend my neighborhood high school, where only 50 percent of students graduate. By contrast, 93 percent of my Ellison classmates and I headed off to two- or four-year colleges last fall.

I now attend Knox College. For that, I thank former Mayor Richard Daley, who invested in our city and our citizens by creating schools that prepare students to succeed in life.

Unfortunately, not every child in Chicago has this opportunity. Most Chicago schools are failing, and they are producing graduates who are ill-prepared for higher education or success in the workplace if they don’t attend college. Parents who want their children to have a better life are forced to send their children to schools that cannot prepare them for that life.

If more parents demanded education reform and if more elected officials supported this initiative, every neighborhood school would be a high-performing school.

Until all Chicago schools — public, private, charter and magnet — are held accountable for their academic results, I strongly feel that all parents in this city, including our mayor, have a right to send their children to a school that fosters the dreams of their students.

To his credit, Mayor Emanuel is not only insisting on the best education for his children, he’s fighting to assure that every school delivers high quality education. I hope he is victorious, so that every child in this city will have the chance to succeed which I was given.

Sean Hopkins, one of 10 children, was raised by friends and relatives, and at one point – in 8th grade – he was homeless.