An Austin-based hip-hop dance troupe will be the sole Chicago representative competing in the 10th Annual Hip-Hop International Dance Competition in Las Vegas, Nev., later this month – if the group can get itself there. 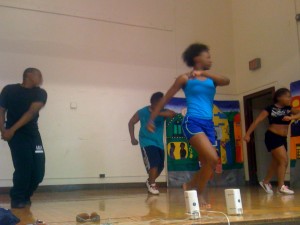 Consisting of eight performers ages 15 to 30, Phoenix Xtreme Dance Company is set to face off against 60 national and international dance crews. Past winners have won $5,000 in prize money.

However, to attend the competition, the group has to raise $4,000 to cover travel, lodging and food expenses. With less than two weeks left before the competition begins, Phoenix has $2,050 left to go.

By selling bottled water, raffles, holding backyard fundraisers and soliciting online donations through PayPal, Brooks says Phoenix can raise the money to travel to the competition.

Doing so will allow the dancers to perform in front of almost 5,000 people — an opportunity of a lifetime that will showcase the group’s talent and work ethic, Brooks says.

“We’re going to give them the best rendition of Chicago we can give them,” Brooks said. “I believe when you need to perform, you need to go above and beyond [people’s expectations].”

Brooks says he was asked to be the director of Phoenix Xtreme in 1998, after he auditioned for a member of the Chicago Park District and been involved since 1999.

Students who audition can participate as long as they maintain a “C” average in school. Of the eight students – who come from high schools including Al Raby School for Community and Environment, the Austin High School campus, and Jones College Prep, and attend colleges including Texas State and Columbia College – half are on the honor roll, and the other half have “B” average grades.

For students, Phoenix Xtreme represents a chance to work out both their emotions and their bodies.

Marchello Randle, assistant director of Phoenix Xtreme, says the chaotic creative element of dance is the most rewarding aspect of the artform.

“The whole aspect of creating something from nothing — that’s what’s fun,” Randle said. “The more we practice, the better it becomes. We’re just working on the cleanness [of the routine] now.”

Phoenix has only two minutes to perform, and their routine is jam-packed with what Brook describes as multiple dance styles ranging from more choreographed moves to free-form urban styles like footwork and juke.

In a recent rehearsal, Randle was so drenched in sweat that his shirt changed colors from green to blue.

Randle says winning the competition will prove to outside observations that Chicago has dance talent in addition to rap superstars like Kanye West and Lupe Fiasco, or sports idols like Derrick Rose.

“We have talent here in Chicago,” Randle said. “This is something real big. Dancing is an art. It’s deeply routed here, but no one wants to engage with that fact.”

Theresa Rayford, parent, and administrative assistant at the Austin Business and Entrepreneurship Academy, says she’s supportive of Diamond Smith — her daughter — and other students because they seldom receive support from anywhere else.

“The toughest part is getting support from outsiders,” Rayford said. “They say we want to keep kids off the street, but we need to give them something that keeps them going.

“[Kids] are on the street because they don’t have any support system,” Rayford said. “It’s a bad reason, but it’s a reason.”

If Phoenix Xtreme doesn’t win, Randle and Brooks both say they have backup plans, including a Big Brother-like mentoring program. In November, Phoenix Xtreme will hold a reunion show where students who’ve graduated from Phoenix will come back to perform.

With these events, Rayford says Phoenix Xtreme needs more support than ever.

Smith is even more direct in appealing to both Austin residents and the city of Chicago.