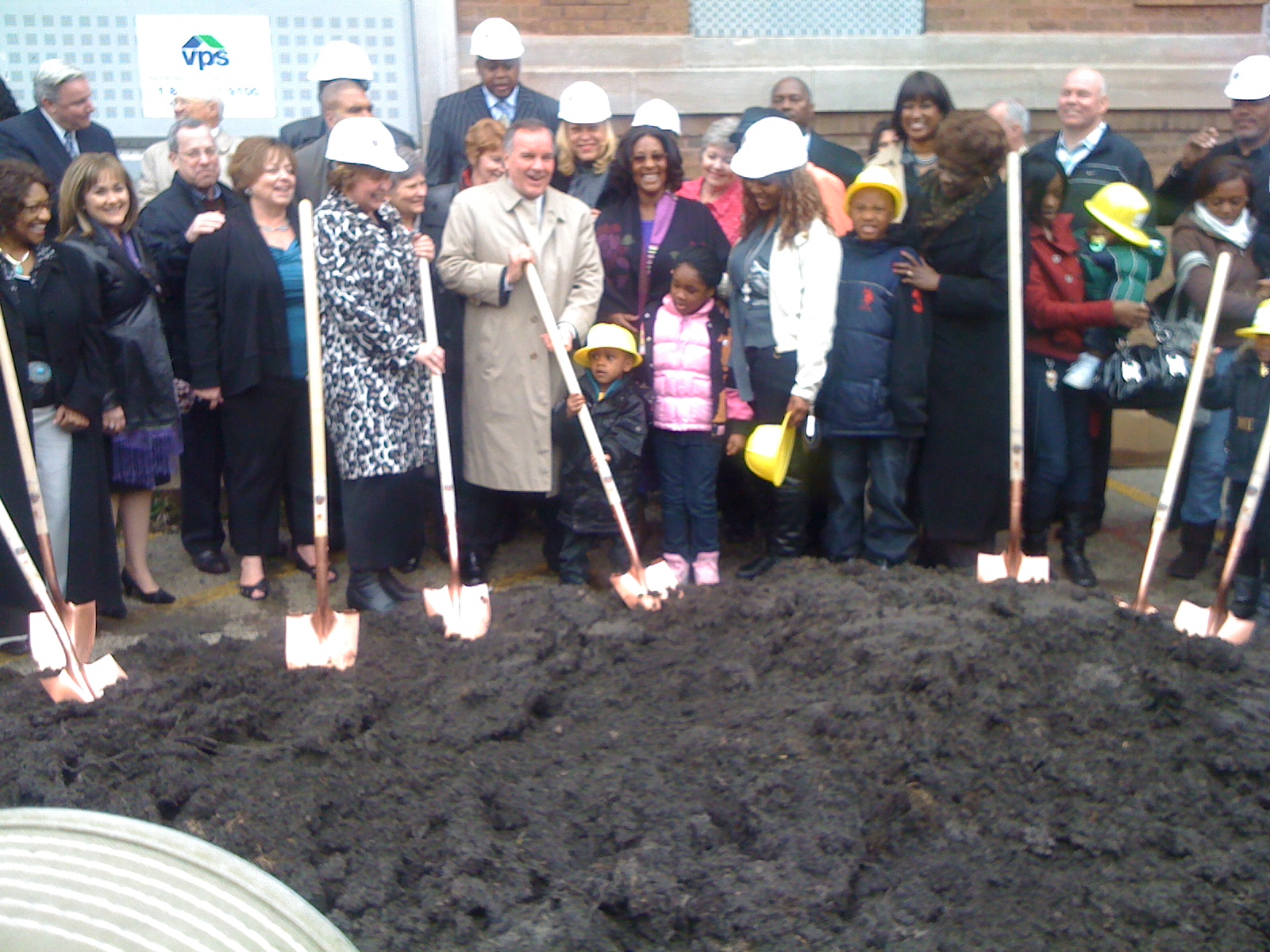 Government should be proactive in supporting younger generations, Mayor Daley said Monday as he visited the 37th Ward. The stop was part of the mayor’s “neighborhood appreciation” tour that’s taking him to all 50 wards before he leaves office May 16. 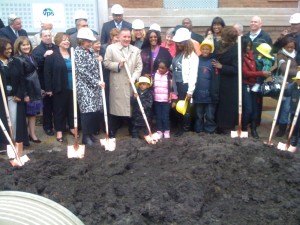 Well-wishers crowded under a small tent in the cold rain as they listened to Daley – appearing alongside U.S. Rep. Danny K. Davis (D-Ill) and Ald. Emma Mitts – reflect on his 22-year tenure as mayor.

“We have to do a better job of dealing with mothers and young children,” Daley said during a ground-breaking ceremony for New Moms Inc., a new $11 million residential facility built to serve at-risk and homeless teenage mothers.

“What are we going to use this for? . . . Sometimes parents don’t have the wherewithal. And sometimes they stumble and fall, but there always has to be (a) helping hand,” said Daley. “Government should take action as quickly as possible. And that’s why the New Moms facility will really help us tremendously.”

The facility – located at 5327 W. Chicago Ave., and the former home of the 15th police district – replaces housing destroyed by a fire in 2008.  The complex will provide 40 studio and one-bedroom apartments and an on-site licensed day care center for residents, and serve as new headquarters for the organization. Participants have been temporarily housed at Circle Urban Ministries.

Currently, the non-profit provides housing to 23 families and assists 50 families through a community outreach program. The new complex will allow them to double the number of teen mothers served in both programs, said Audalee McLoughlin, CEO and president of New Moms.

Remaining slots in the day care program will be available to Austin residents.

New Moms received a $6.2 million in federal Neighborhood Stabilization Program grants to build the complex from the Illinois Housing Development Authority. Other funding sources include a $114, 274 grant from the Illinois Department of Commerce and Economic Opportunity and a $3.2 million zero interest loan from the HOME Investment Partnerships Program from the city of Chicago. The Chicago Housing Authority will also provide the organization with housing vouchers.

Daley became interested in the project after McLoughlin testified at an October 2007 city budget hearing.

Due to a lack of space, the organization turned away 891 teenage mothers in 2009 – 100 of those teen moms were under 18, said Mary Griffith, who works for New Moms.

“We believe this number is only the tip of the iceberg and the need is greater,” Griffith said in an e-mail.

Griffith said the Illinois Department of Public Health estimates there are between 1,200 and 1,700 births in the Humboldt Park, Austin, Logan Square and West Town areas, which New Moms serves. Eighty-four percent of those births are to teen mothers.

New Moms is the only Chicago agency serving pregnant and parenting teens, Griffith said, and the program “represents 53.2 percent of beds in the city of Chicago for this distinct population.”

The age range for participants is 13 to 24. On average, families stay 12 months and community outreach participants are involved four years. McLoughlin said the young women are allowed to determine when they are ready to move out.

“The idea is that our youth don’t need to be in a program. They just need to get the skills to move into independence,” said McLoughlin.

Queenetta Mables said the organization has been a “like family” to her.

At the age of 15, Mables, now 27, was pregnant and almost a high-school drop out. A friend referred her to the program, where she received encouragement to finish school after giving birth to her son. She said after finishing school she thought that was the end.

Through the New Moms’ Readiness Program she received job training and an internship. This May, Mables will receive an associate’s degree in arts in early childhood education from St. Augustine College.

“I am grateful for the experience that New Moms has provided me. They have believed in my work so much that it has helped me follow my career passion, working with children and [the] youth,” Mables told the crowd Monday. Her daughter cried as she shared her experiences.

Mables said she will pursue a bachelor’s degree this fall.

“I look back at my early days in New Moms in amazement at how far I have come,” said Mables.

Addressing the crowd, McLoughlin said she saw parallels between Easter and the dedication.

“Over the last three days, Christians around the world have celebrated the death and the resurrection of Jesus. And three years ago our fire started this journey,” she said.  “It was devastating, almost if it was a death. Here we are three years later on resurrection Monday, and we feel as if New Moms has a whole new resurrection life in Austin.”

To find out more about New Moms Inc’s services and programs, contact 773-252-3253 to take to an intake specialist.