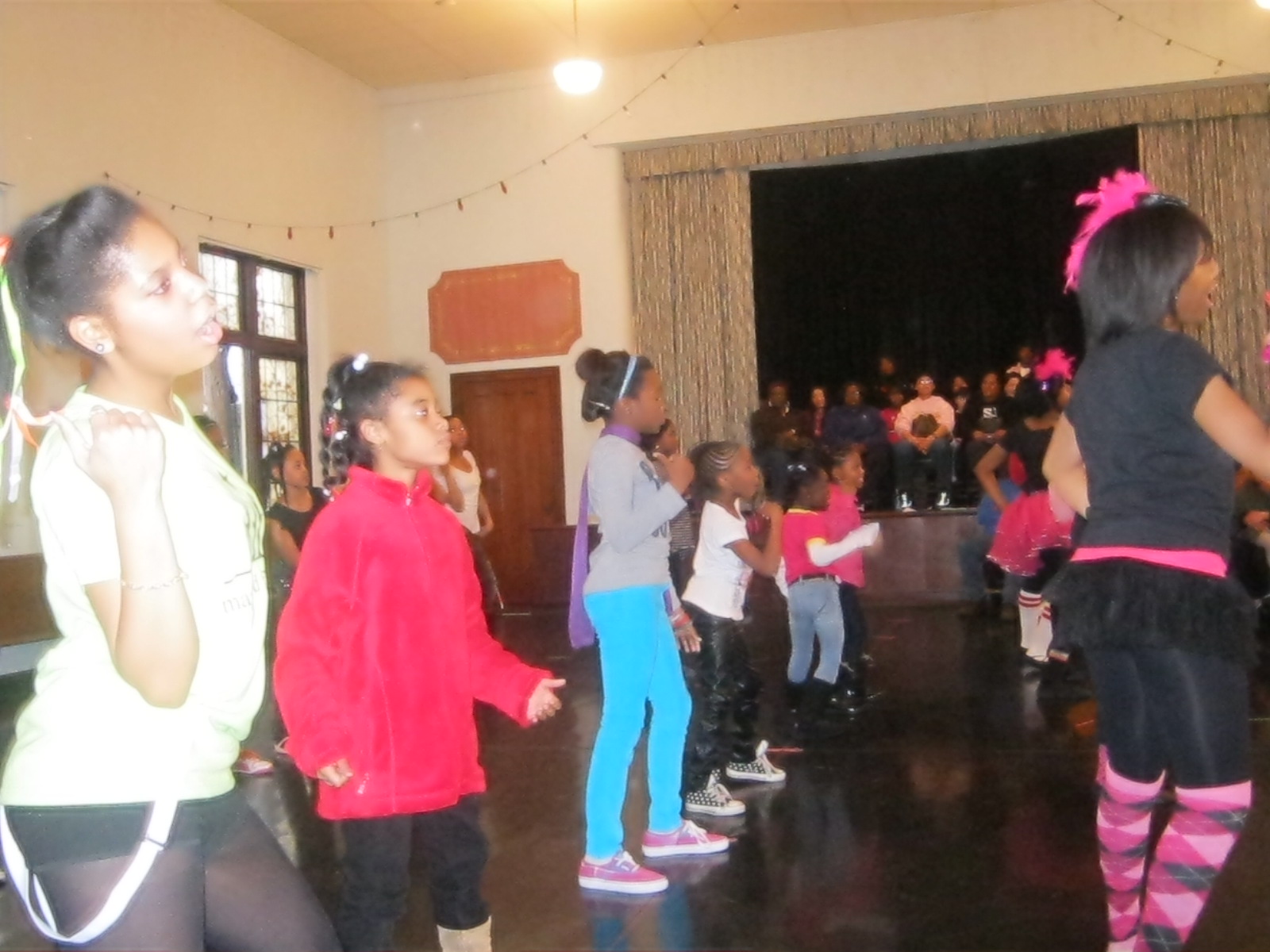 More than 50 West Side youth – including several from Austin – participated in a recent anti-bullying workshop sponsored by Maywood Fine Arts. But they did more than talk – they danced, sang and acted, too.

“One of the best things about being in the program is I get to meet new friends who I can grow up with,” Nia Smart, a member of Maywood Fine Arts’ dance team. 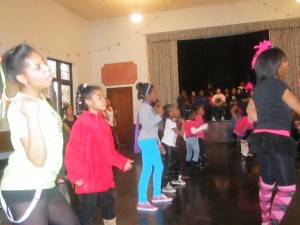 The 3rd grader at Polaris Charter Academy in Austin gets to perform around Chicago as part of the arts group. This particular showcase – held Feb. 26 at Stairway of the Stars in Maywood – put the spotlight on bullying.

Eight-year-old Nia joined dozens of other kids, elementary and high school aged, to put on a play about students who come together as a team to stand up to a school bully.

“The play will hopefully stop the bullying inside of the schools,” she said. “It’s not right, and bullies wouldn’t want to be treated that way.”

Students acted out several skits on the effects of bullying and offered tips on how to deal with bullies. A few involved audience interaction where parents and friends were challenged to help student actors deal with bullying and turn negative situations into positive ones.

In one skit, a teen being bullied fell down on the floor to show how the harassment could literally tear someone down. Then it was the responsibility of the audience members to shout out compliments to that fallen student. With every compliment, the fallen victim would raise one body part until the teen was standing again,  confident of who they were and not what a bully tried to make them out to be.

Sen. Kimberly Lightford, who attended with her 9-year-old son, participated in the Stairway of the Stars dance program. Since being elected to the Illinois Senate in 1998, Lightford said bullying has been a major initiative of hers. 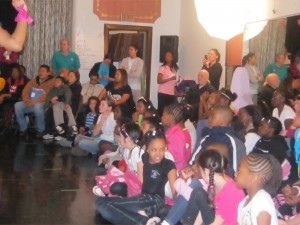 Dozens watched as more than 50 West Side youth participated in the Feb. 26 event. (Photo/Vee Harrison)

“There are a lot of good kids in the communities that I serve,” Lightford said. “Then there are good kids who just need a little more help and attention. They are sometimes the bullies.”

In Austin, “more programs are needed to help these young people have a sense of pride for their futures,” the lawmaker said.

The future of the Maywood program was in doubt a year ago when the center burned down in a fire, but the kids persevered, said dance instructor Heidi Renteria.

“Our students still wanted to dance,” Renteria said. “I think many of our students stay with us because we are a stable organization that doesn’t change.”

Some students have grown up with the program. Chandler Matthews, a 12th grade student at Rowe & Clark Math and Science Academy, 3645 W. Chicago Ave., has taken part since she was 3. She now works with other teens who are in the program as part of the “Get Off the Street” dance team. The teens work as junior instructors and get paid.

“I appreciate the opportunity and try to encourage a lot of my friends in Austin to join,” Chandler said. “The program helps me relieve stress and anger. Plus, I have made good friends.”

It’s been more than 40 years since Ernie and Lois Baumann had a dream about starting a program for young people that would expose them to culture and the arts. Since 1996, when they merged a tumbling, dance and art program into what is now known as Maywood Fine Arts, hundreds of West Side youth have participated.

“We’re exposing them to all aspects of life,” said Susan Brooks, office manager for Maywood Fine Arts. “A lot of the much needed programs in communities like Maywood and Austin are often looked past due to the reputations of the communities. However, communities with better reputations, like Oak Park, often times have programs for their young people.” Students 3 and up are eligible to join; enrollment is open beginning in September. The cost is $60 every seven weeks. Scholarships and other financial assistance is available. For further information, call 708-865-0301.

The next dance performance will be at 4 p.m. March 26 at Proviso East High School. Tickets are $5 before the show and $10 the day of the performance.