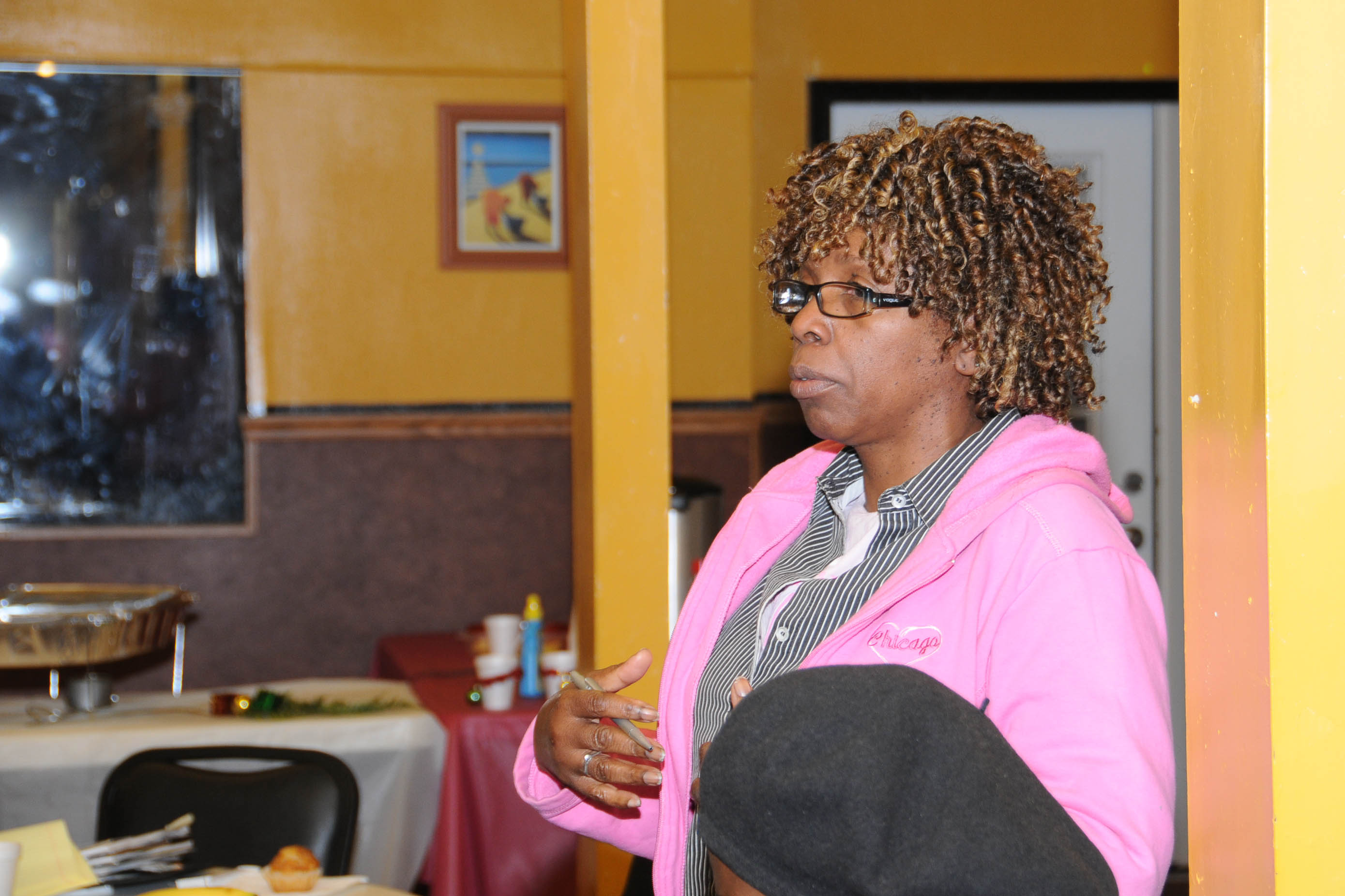 Sharon Hartshorn shares her views at the forum. (Photo/Dwayne Truss)

Sharon Hartshorn neatly sums up why she reads community news: As an Austin resident and African-American, she just feels it represents her better than the big newspapers.

“Nine times out of 10, you look at the paper and somebody that looks like you is going to be looking back,” she said. 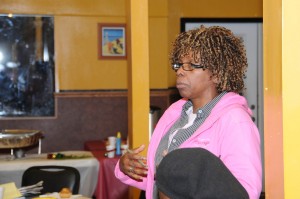 Sharon Hartshorn shares her views at the forum. (Photo/Dwayne Truss)

But Hartshorn, a community volunteer and member of Friendship Baptist Church, also has some advice for West Side Chicago community news media: Increase your circulation and add a charity “resources” section so people who need help know how to get it.

“It’s good to know that so-and-so is running for office or so-and-so got arrested,” she says. “But we also need to know what resources are available to the community.”

Hartshorn was one of about 30 people who braved Saturday’s snow to attend “Public Press – Your Press,” a breakfast and question-and-answer session sponsored by the Chicago Headline Club and held at Sankofa Cultural Arts & Business Center, with representatives from the Austin Weekly News, North Lawndale Community News and AustinTalks participating.

The turnout was small but the discussion lively – bordering on heated, at times – as residents stayed a half-hour past the event’s scheduled 10:30 a.m. end time to voice concerns and ask questions of their local press.

Panelists agreed that community news outlets – that is, newspapers and Web sites that focus coverage on a specific neighborhood instead of all of Chicagoland – are more in touch with residents and provide a service that is often overlooked by mainstream media. 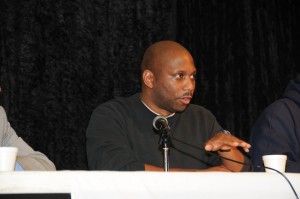 “There’s not really a direct pipeline where you can call up someone at the Sun-Times and say, ‘Hey, cover these students’ event,’” said Terry Dean, editor of the 15,000-circulation Austin Weekly News. “But we can do this.”

But it was clear that this responsibility – and a struggling news industry – poses challenges, too.

Panelists spoke about their struggles to stay afloat on limited advertising dollars; the need for reporters to stay critical of politicians, although doing so puts in peril their ability to get interviews with those same leaders; and an unknown future that could put their news outlets more and more in the hands of community members instead of trained reporters.

John W. Fountain III, an Austin resident and columnist for AustinTalks, urged residents to put aside anxieties over having “perfect grammar” and submit their own articles for publication.

“What you’re going through matters,” said Fountain, who is also a journalism instructor at Columbia College Chicago. “You are the story.”

On the other side, residents called on the press to represent youth in a more favorable light and to better tackle inequalities in parks and TIF funding in Austin compared to other neighborhoods. Others spoke of a desire for reduced-price advertising, talked about have trouble finding copies of the newspapers throughout the community and expressed a general wariness over not knowing whom to trust. 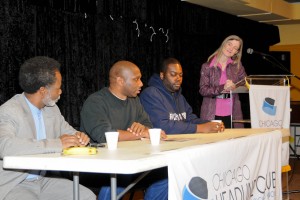 “We believe that everybody’s beholden to somebody, and everybody is in somebody’s back pocket,” Austin resident Samuel Allen told the panelists, calling on them to put integrity over loyalties to politicians.

The conversation heated up for a moment as some residents criticized a fourth Austin media outlet, The Austin Voice, which declined an invitation to sit on the panel but had a representative in the audience – for being not a “community paper” but “the alderman’s paper.” But overall, the panelists stressed collaboration, with each media outlet referring to the others not as rivals but as teammates and collaborators. 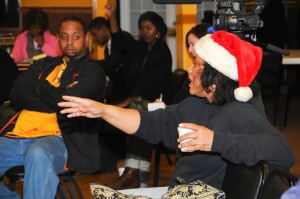 Arlene Jones talks with others about the media's role on Chicago's West Side. (Photo/Dwayne Truss)

“I see us as a team, because we don’t have the resources to be everywhere,” said Isaac Lewis Jr. of North Lawndale Community News.

Malcolm Crawford, owner of Sankofa and executive director of the Austin African American Business Networking Association, called on the panelists and audience to come together to create a “community agenda.” Developing a set of priorities and working together as a group would hold politicians accountable, he said.

“Then whoever the alderman is, we can (approach them and say), ‘We need you to address these issues – and we’re gonna be back in three months.’” Crawford said.

AustinTalks Editor Suzanne McBride said she would help organize a meeting in early 2011 for residents and the press to create these priorities as the Feb. 22 aldermanic elections approach.

“The more you tell us (the news media), the more we’re empowered to go to (politicians) and say, ‘This is what the people want,’” McBride said.