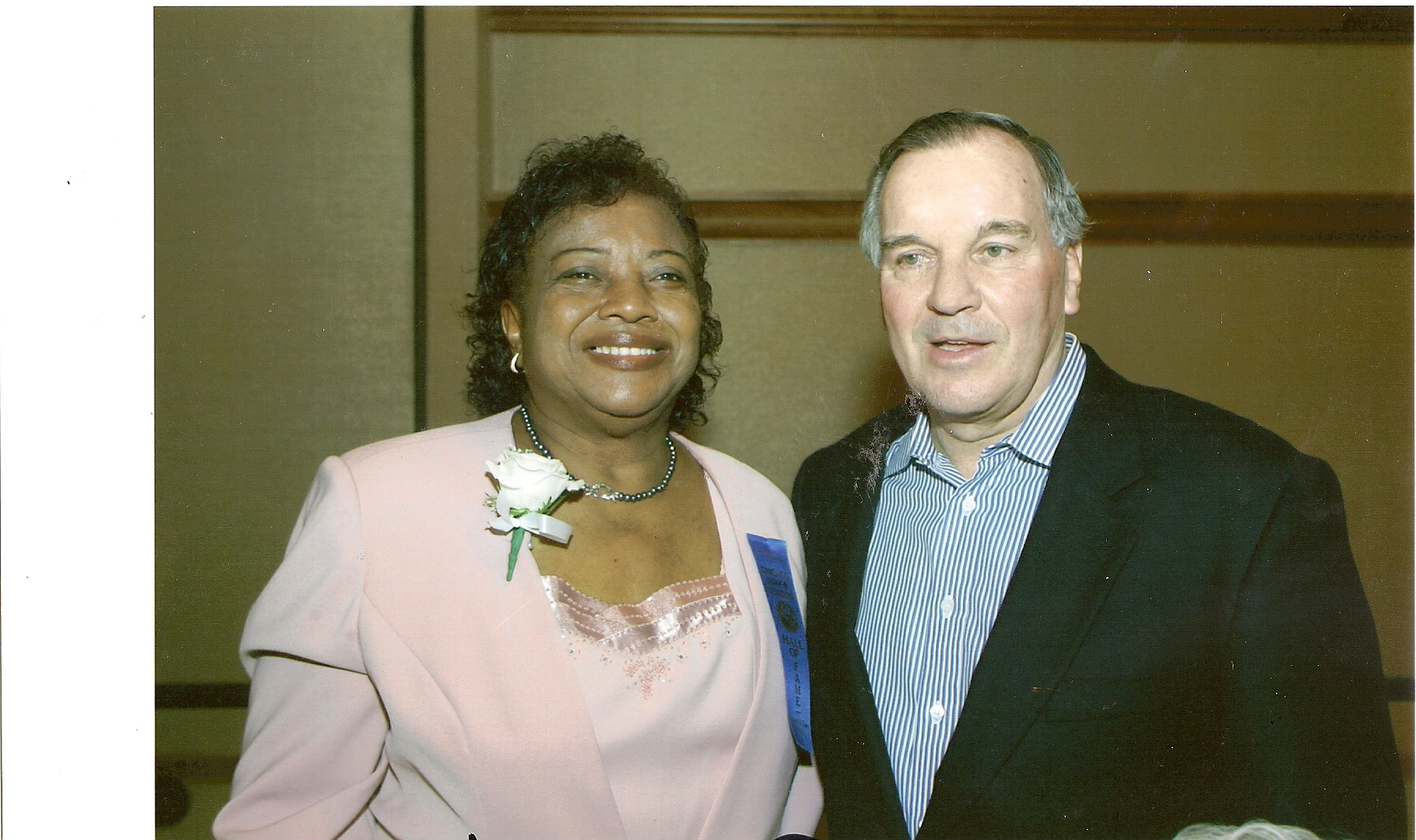 Mayor Daley honored Mary Brown in 2008 by inducting her into Chicago's Senior Hall of Fame.

In the heart of Austin lives one of its many treasures: a 70-year-old woman who fights crime, helps the less fortunate and provides assistance to the elderly.

In the nearly four decades Mary Brown has lived in Austin, she’s helped hundreds of people find jobs, put clothes on their backs and made them feel safer in their community by getting thugs locked up in jail. She’s even given money out of her own pocket to children and families in need.

When Brown moved to Austin in 1973, she saw her West Side neighborhood wasn’t the best to raise her two sons in, but she didn’t want to leave. She’s always liked a challenge.

“Austin is a good area. We have problems – but there are good families here,” Brown said.

She stepped in when others weren’t doing much to stop drug trafficking and acts of violence. Brown, a nurse who retired in 1993, has bec0me a beacon of hope for the community, especially over the last decade. She found it rewarding to help others, without compensation to show for it.

Assisting the elderly at Michael Reese Hospital, where she worked, was just one way for her to fulfill her passion. Soon enough, her neighbors noticed her benevolent nature and would come to her for help if they needed shoes for their children or money to buy food.

“Everybody always feels if they need help or some advice they can call me,” she said. “Sometimes I feel like they think I can do more than I can really do.” 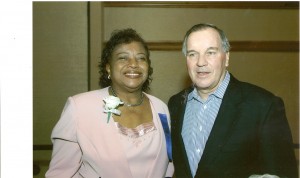 Mayor Daley honored Mary Brown in 2008 by inducting her into Chicago's Senior Hall of Fame.

Brown’s volunteer work hasn’t gone unnoticed. She was inducted into Chicago’s Senior Citizen Hall of Fame in 2008 by Mayor Daley, is an honorary sheriff  for the state of Illinois, a graduate of the Chicago Police Academy’s eight-week program and attends 3-1-1 meetings at the 15th district CAPS office. At those meetings she gathers information about services people don’t know exist, so she can spread the word. She also received a CAPS award for a crime watch seminar she attended.

Last week, Brown added another plaque to put on her wall. She was one of 10 people who received the Outstanding Leader Award by the CAPS office for her exceptional work as the “100 blocks, 100 churches” organizer for the 5300, 5400 and 5500 blocks of Quincy Street. Watch the video of her receiving the award.

Christine Perez, community organizer at the 15th District CAPS office, worked closely with Brown on last month’s “100 churches, 100 blocks” event in which Brown got dozens of people to participate. She says Brown is a positive role model who builds genuine partnerships for young people to have a better life in Austin.

Phillip Burke, co-coordinator of the block club Brown has been president of for nine years, says the 5300, 5400, and 5500 blocks of Quincy Street would not be the same without her.

“What can I say? She’s just really a strong presence and brings a wealth of experience and respect to the area,” Burke said. 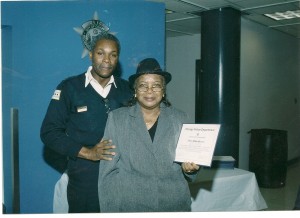 The Chicago Police Department has honored Austin resident Mary Brown for her work in keeping her West Side neighborhood safe.

Brown says people call her a crime fighter. They have a good reason to — she recently helped “bust” a house for the second time that ran a prostitution and drug ring. Three people were arrested, and the house is now empty.

Brown and her “phone tree” of sources notify the police when they see suspicious activity. Being connected in the area has its benefits. She has personal cell numbers of some officers in case something is urgent.

She has also helped to close down illegal mechanic garages without licenses, bust other drug houses, get a store closed after bad meat was sold there and help criminals be arrested.

Mary Nelson, coordinator at Loyola University of the master’s degree in social justice and community development, thinks people can find inspiration from someone like Brown and get involved in their community.

“I think in any community you’ve got to have people who are the activists and who help make things better and who create a sense of relationships between people, so we desperately need more people like that,” said Nelson.

One thought on “A jewel in Austin”