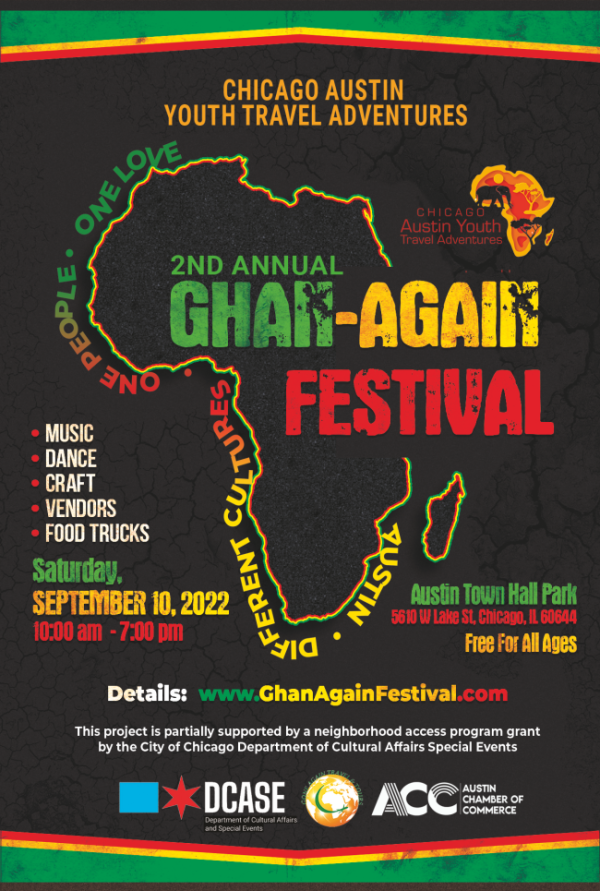 CAYTA , Chicago Austin Youth Travel Adventures, invites everyone from all neighborhoods and all ages to their second, free GhanAgain festival of African connections being held Saturday Sept. 10 from 10 a.m. to 7 p.m. at Austin Town Hall Park, 5610 W. Lake St.

CAYTA, a nonprofit that promotes travel for local young people, took several West Side young people on a trip to Ghana in early August. Chicago Avenue travel agent Crystal Dyer, who traces part of her own lineage to the West African country, organized the nonprofit to give youth some alternative visions after her grandson was killed in street violence in 2011.

The festival is named “GhanAgain,” after Dyer’s business, Gone Again Travel and Tours.

The GhanAgain festival is being sponsored by CAYTA and funded partly by the Chicago Department of Culture and Special Events with the cooperation of the Chicago Park District.