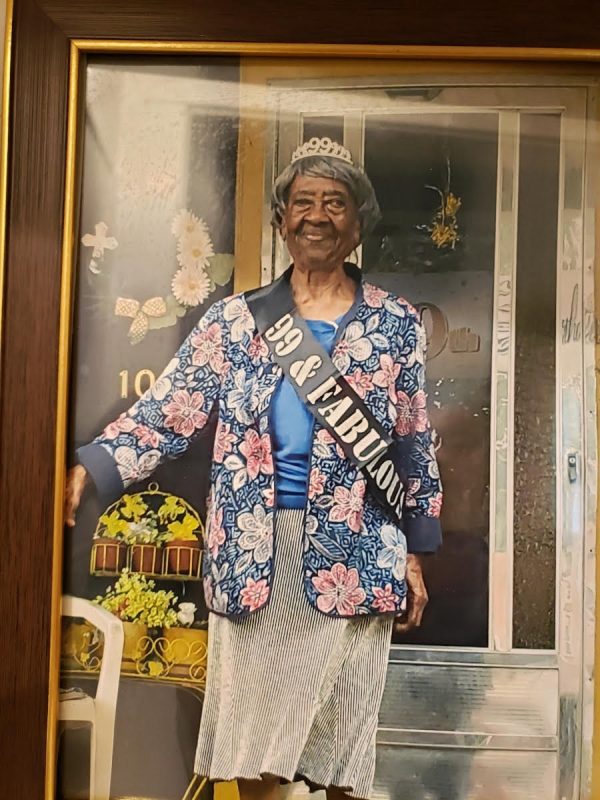 West Side residents gathered in the 1000 block of North Leclaire to honor Mother Crump, who never had any biological children of her own but has been a surrogate mother to many in the community and across the country. She’s opened her home to family and friends when times got hard.

Mother Crump has lived and served in Austin for over 48 years, retiring from Leaf Candy Co. after 29 years of service. The one thing that she wants people to remember about her is that she loves God and that she is serving in the ministry.

A native of Clarksdale, Mississippi, Mother Crump moved to Memphis at the age of 18, then moved to Chicago at the age of 35 and has lived here ever since.

“I extend my heartfelt greetings and appreciation to Mother Crump,” David Cherry, president of the Leaders Network, said in statement before Thursday’s celebration. “Too often, we are mourning the loss of young people, including children, to the ongoing violence in our communities. This is a rare and joyous opportunity to honor and celebrate a woman for reaching the century mark in our community.  May God continue to bless Mother Crump just as she has been an extraordinary blessing to others in her amazing life.”

Pastor Ira Acree of Greater St John Bible Church said, “Mrs. Crump’s resilient life story must be told and celebrated. She survived the Great Depression, World War II, the lynch law era and the ‘ride on the back of the bus’ period of our history.”