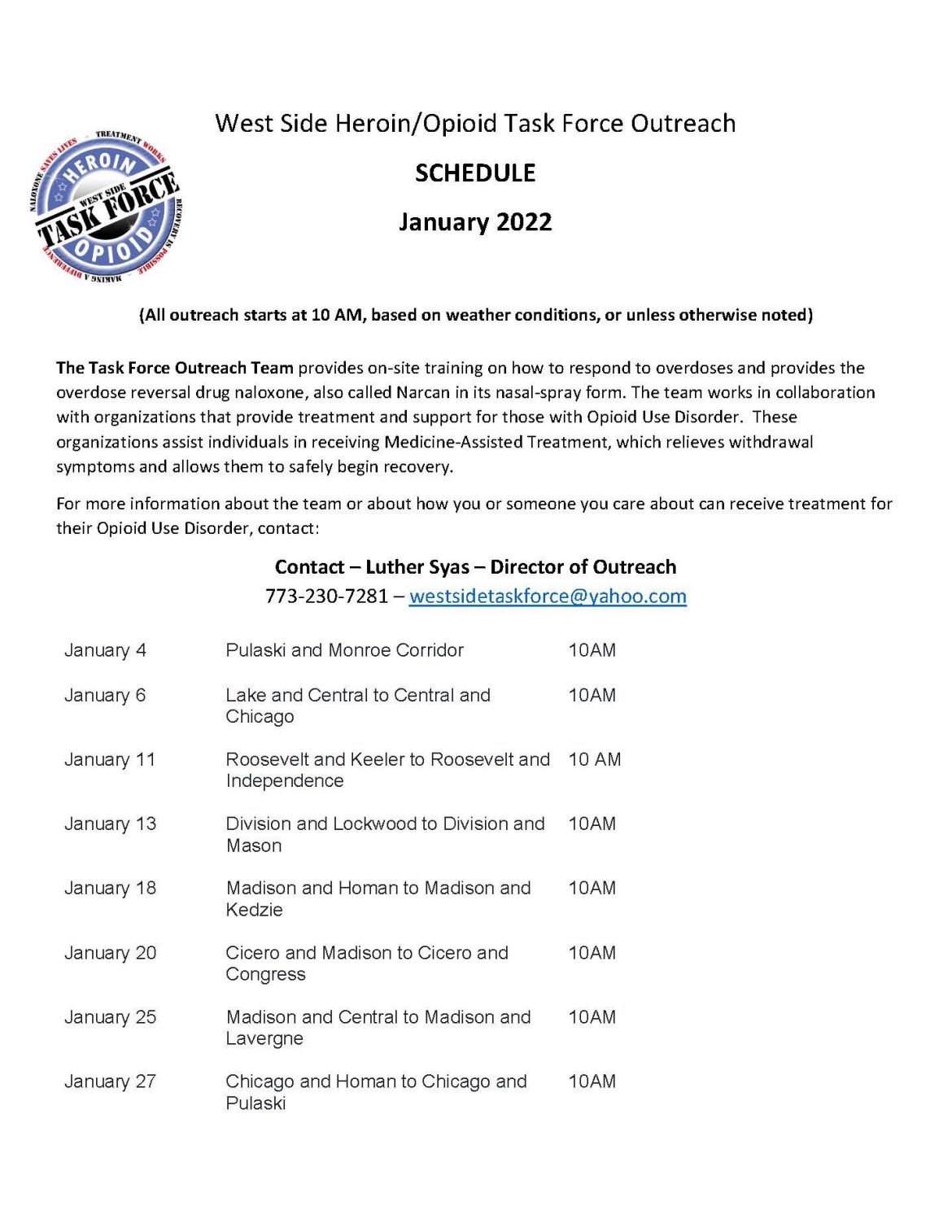 The new program, announced last week by the Chicago Department of Public Health and the Chicago Public Library, will make the nasal spray form of naloxone available through wall-mounted boxes at 14 branches located in areas that have been hardest hit by the opioid crisis.

Library staff have been trained on Narcan administration and distribution, and there’s no limit on the number of overdose reversal medication kits patrons can take. Patrons will not need to provide any information to access the Narcan.

“More than 75% of people who die from opioid overdose, do so here in Illinois before an emergency medical team makes it to the scene,” said Dr. Wilnise Jasmin, medical director of behavioral health at the public health department.

“It is often bystanders who can intervene quickly, and by having Narcan widely available in public spaces, we can prevent persons from dying from an opioid overdose and buy more time for emergency medical personnel to arrive. The goal of harm reduction is to keep people alive and provide them with a chance to enter recovery,” Jasmin said in a statement.

State Rep. La Shawn Ford praised the city for joining other libraries across the country – including in St. Louis and Denver – in making Narcan available to its patrons.

“This is a big deal,” Ford said. “This will make a difference. Narcan saves lives.”

Ford, co-founder of the West Side Heroin Task Force, said the group has been training people on how to use naloxone.

He noted that a report issued last summer by local health officials shows the work the task force has been doing has helped reduce the number of EMS runs and deaths.

Lee Rusch, director of the West Side Heroin Task Force, said there were about 1,000 fewer EMS calls in Austin, East and West Garfield, North Lawndale and Humboldt Park in the first six months of 2021. The task force can see each month where the overdose hotspots are thanks to heat maps the public health department compiles, then target those areas in distributing Narcan.

Luther Syas, director of community outreach for the West Side Heroin Task Force, knows Narcan saves lives. Twice a week, he and his team set up a table on street corners across the West Side to distribute overdose reversal medication, and he’s seen fellow outreach workers successfully administer naloxone. On Tuesday, Jan. 18, they will be at Madison Street and Homan Avenue starting at 10 a.m.