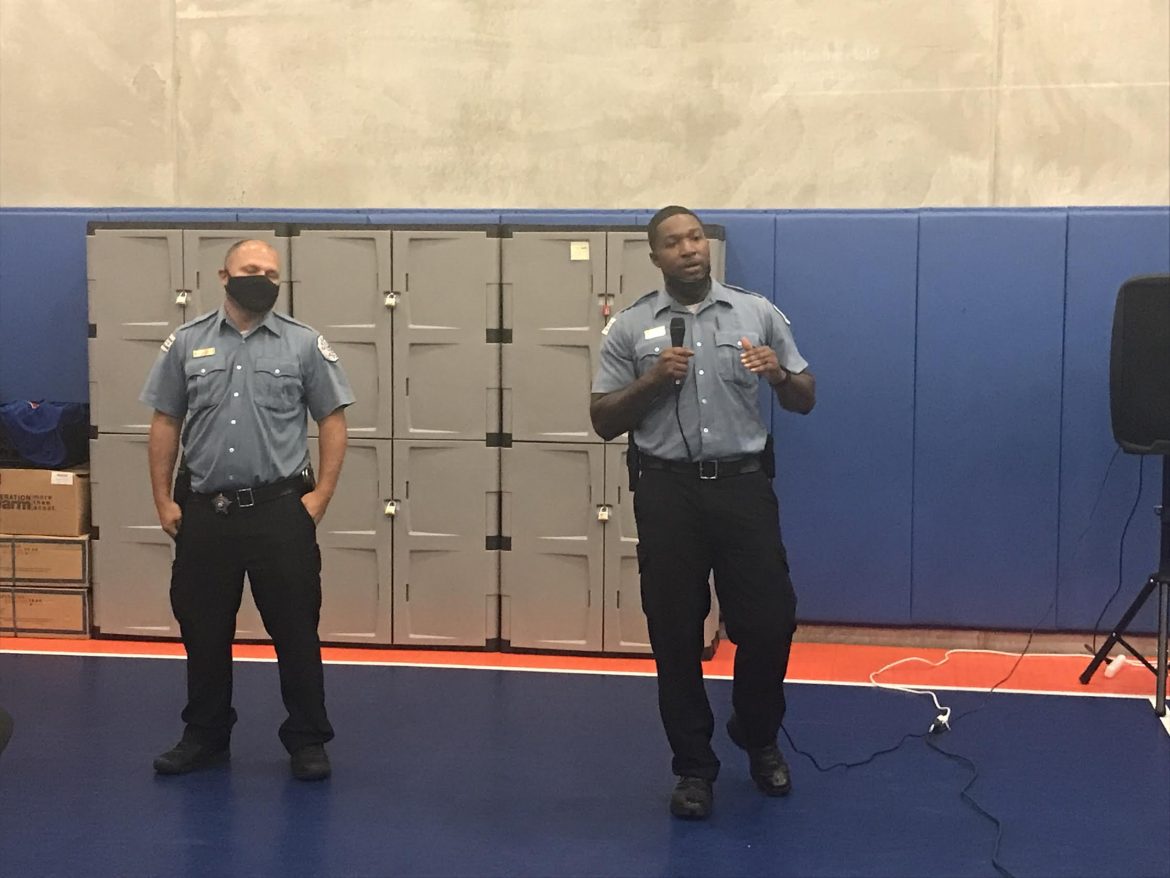 The lights dimmed and the crowd quieted, then Chicago Police Sgt. Jermaine Harris appeared on the big screen – and dozens of people gathered at The Peace Corner cheered.

A little later, Officers William Martinez and Edward Whitaker appeared, and the crowd again showed their support. The three men – along with youth and other coaches who participate in Chicago Westside Sports – are featured in Episode 1 of “Level Playing Field.”

The 30-minute episode, which aired for the first time earlier this month, is one of four segments produced by HBO Sports and Vox Media Studios that illuminate how public policies have contributed to inequities in sports and society at large.

Episode 1 investigates the intersection of sports, race and social policy by putting the spotlight on Midnight Basketball, a program started in Maryland in 1986 to provide a haven for at-risk youths and help curb rising crime rates.

Midnight basketball was embraced by Presidents George H.W. Bush and Bill Clinton – and included in the 1994 federal crime bill. But it also became the focus of partisan debate riddled with racial stereotypes that still linger to this day, HBO notes in its description of the episode, which is available on demand.

After seeing the episode for the first time, Harris, who helped co-found Chicago Westside Sports, asked the group: “Man, how does that feel?” The crowd clapped loudly.

“I want to thank all you kids; give yourselves a hand,” said Whitaker, who’s quoted in the episode saying he coaches so he can have the same impact officers had on him as a kid.

Martinez also participated in sports as a youth. After his father was arrested and sent to prison. “basketball was an escape and got me involved in organizations” that offered him safe space, Martinez says during the episode. “The lessons stick.”

In the discussion afterward, Martinez said watching “you guys develop and stay together… seeing how you’re a family now, that’s what is important.” He added that completing drills during practice and following instructions – “those are tools for life. We’re just giving you tools to function A) in basketball and B) in life.”

Your parents, your church, “we’ve got your back,” Martinez said to more applause.

Pointing to Martinez and Whitaker, his two colleagues on the police department, Harris said the two represent dozens of officers in Austin and across the West Side.

“Wasn’t this amazing?” Stephanie Marquardt, executive director of City of Refuge, said after seeing the epidsode: “I’m so proud of all of you. This isn’t my energy, this is all of you. … Thank you for letting me be a part of this.”