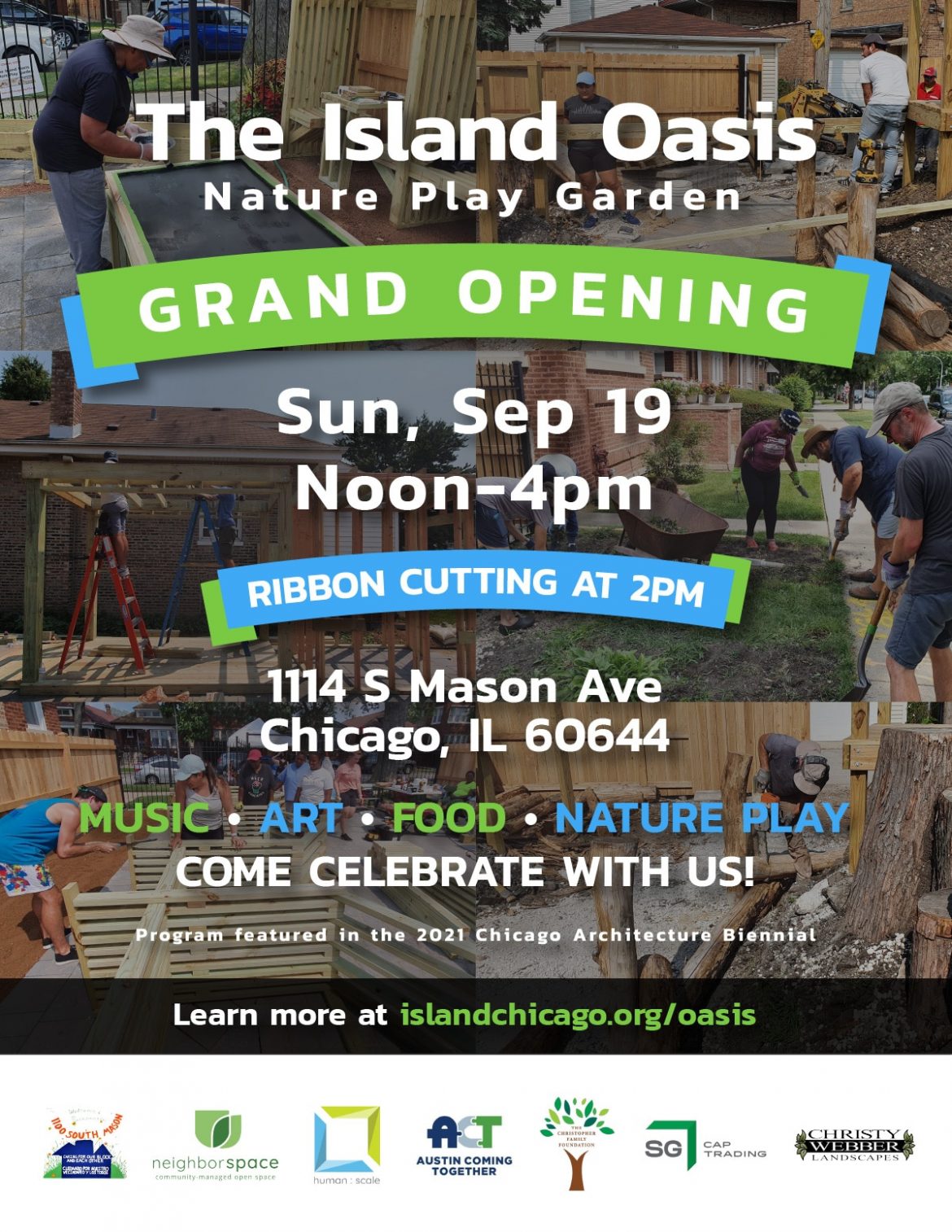 The Island Oasis Nature Play Garden will be celebrated this weekend in Austin.

The former vacant lot at 1114 S. Mason Ave. has been transformed into a public space for community members to gather and children to play. The project is a collaboration of the 1100 South Mason Block Club, NeighborSpace and Human Scale.

In spring 2018, residents living in the 1100 block of South Mason started the community garden
after an initial Earth Day cleanup in partnership with staff and students from nearby G.R.
Clark Elementary School.

“This garden — from its small beginnings to its current transformation — shows the power of
neighbors working together for the good of the community, and the possibilities that can only
happen through collaboration,” said Nate Tubbs, who’s with the 1100 South Mason Block Club

The block club first worked to secure the transfer of the city lot to the urban land trust NeighborSpace, which protects community-managed open space projects by holding the title, providing insurance and offering resources.

Then, the Island Oasis Nature Play Garden became part of the West Side Nature Play Network initiative, a five-year project funded by the Christopher Family Foundation.

“Now, more than ever, we need outdoor spaces to gather, so that we can both plan for the
future and participate in the moment,” said Robin Cline, with NeighborSpace. “Using community gardens as natural spaces for intergenerational activity, not just for planting but for playing, for being together, for noticing nature, for being part of a community.”

Construction earlier this year and involved many volunteers from the community.

“Architecture is a powerful tool for social impact,” said Aylen Pacheco of Human Scale. “When the community is given the opportunity to make decisions and be involved throughout the entire development, it produces long-lasting and meaningful spaces. Together, we transformed an empty lot into a garden, play space and a source of civic pride.”

The grand opening will be held from noon to 4 p.m. Sunday, Sept. 19. A short program and ribbon cutting will take place at 2 pm.