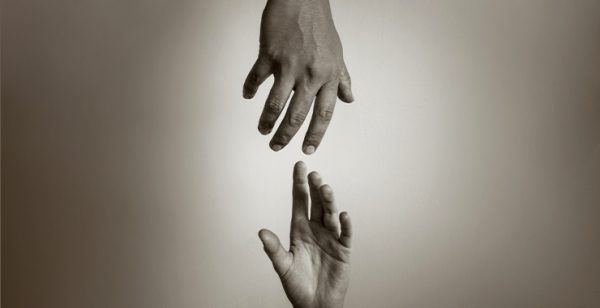 An Austin resident knows firsthand the importance of suicide prevention.

The West Sider, who asked to remain anonymous due to the sensitivity of the topic, cited external circumstances as a driving force leading her to want to “escape.” There had been a death in her family, and she had experienced trauma and violence.

But she also desperately wanted to live.

The woman has also been diagnosed with what she calls a “hidden illness” without naming it, saying it’s something she carries with her each day despite it being invisible.

It’s manageable, she said, now that she has the help of medication and a doctor.

Her biggest tool is her support system; the people around her have aided her in finding the help she needs.

“Sometimes help is put on us by people that love us noticing a change in activity or mood, “ she said, “Sometimes you have to accept help or seek out help.”

She wants people going through a difficult time to know: You are not alone. Whatever you’re going through, somebody else has already been there.

Seek help. Go to a friend or to a hospital if you’re having suicidal thoughts.

And lastly, she said, you are loved.

“The Changing Face of Suicide: African American Youth” was the focus earlier this year of the 2021 Illinois Suicide Prevention Summit, held virtually because of COVID-19.

Dr. Tami Benton spoke about the increasing rate of suicide among Black adolescents. Black children are more likely to be diagnosed with a behavioral disorder than an internalized mental issue, Benton said.

Black youth suicide in on an upward trend while rates for other races/ethnicities are declining, said Benton, executive director and chair of the Department of Child and Adolescent Psychiatry and Behavioral Science at the Children’s Hospital of Philadelphia.

These trends hold true in Chicago as well.

While exact reasons for the rise in Black suicide are not entirely clear, exposure to traumatic content, such as videos depicting brutality against Black people, can have adverse affects on mental health.

Tandra Rutledge, board member of the American Foundation for Suicide Prevention and director of business development at Riveredge Hospital in Forest Park, said suicide prevention research is a newer field. There’s not a lot of research about suicide prevention, specifically regarding the Black community.

Rutledge said one reason she got involved with AFSP was because she understood how much representation matters.

“I didn’t see a lot of people that looked like me reaching out to communities that I look like. I made it a personal mission of mine to understand the cultural nuances within the Black community and the stigmas that exist.”

A way to combat a lack of racial equity in the mental health field is to provide healthcare professionals with cultural humility training, Rutledge said. There aren’t enough providers who understand the experiences of people of color.

“When I see increasing rates in Black and brown communities as well as the LGBTQ community, I’m struck by the fact that there are entire demographics of individuals who are left behind,” she said.

Rutledge emphasized how racism and discrimination are stressors that affects mental health, but it’s often now talked about as a risk factor.

Nearly 45,000 Americans died from suicide last year, according to the New York Times, and even more people suffer from suicidal ideation and suicide attempts.

Adverse childhood experiences can be anything from economic hardship and parental divorce or separation to parental incarceration and violence in the home.

A strong familial support system can be a protective factor, as well as a strong relationship with ethnic and racial identity, spiritual engagement and stable family housing.

A poll conducted by AFSP found 90% of Americans would want to help a loved one if they suspected they were suicidal. But that same number said they wouldn’t know what to say or do.

Rutledge suggests be aware of changes in mood, such as irritability and anger, behavioral changes like becoming more distant or engaging in risky situations, and indirect or direct language about wanting to die.

These conversations are difficult to have, but the mental health advocate advises asking individuals directly about how they are feeling. Say things like, “I notice you seem more irritable, is something wrong?”

If someone is using language suggesting they’re having suicidal ideation like, “I want to go to sleep and not wake up,” you can ask them, “Are you thinking about killing yourself?”

If the answer is yes, then get them help.

Anyone who is suicidal needs to meet with a healthcare professional. That could mean calling 9-1-1 so a wellness check can be conducted.

If you are physically with someone and suspect their life is in immediate danger, take them to the emergency room.

Rutledge said someone doesn’t need to be an expert to help; just be prepared to be a good human. Listen empathically, and give support and validation.

It’s also important to remember is it not our responsibility to make others feel better. Those who are struggling need professional help.

If you are having thoughts of suicide, reach out to someone you trust and tell them you’re not OK. There are ways (even virtually) to get connected with a mental health professional and find treatment.

Find information here about how to talk to a loved one and find suicide prevention trainings.