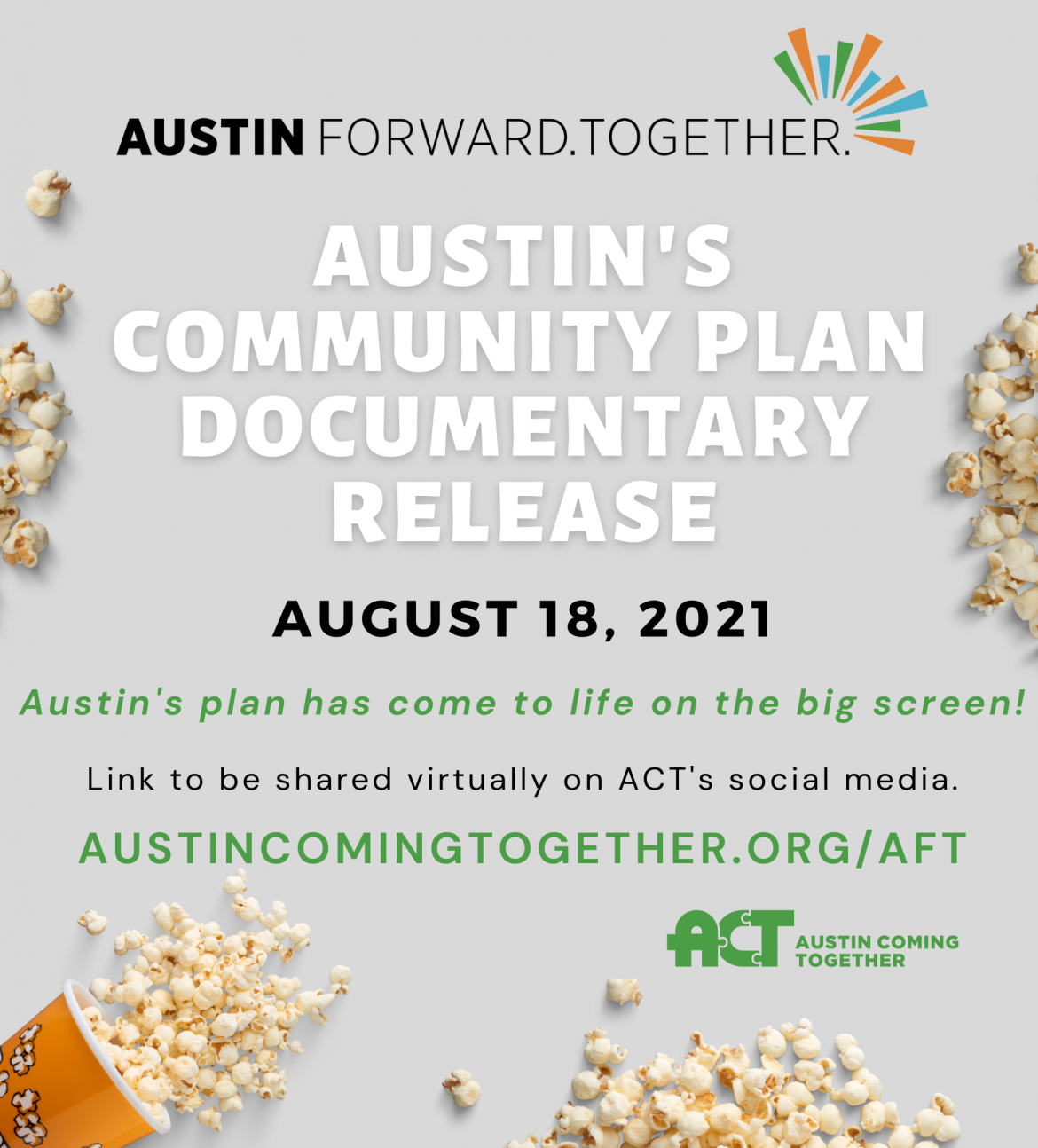 A short documentary about Austin will be released Wednesday.

Since the unveiling of Austin’s quality-of-life plan by Austin Coming Together, the nonprofit has hosted an annual public community summit to celebrate the previous year’s accomplishments, giving guests a chance to hear directly from the dozens of people and West Side groups moving this massive project forward.

The pandemic forced Austin Coming Together to reimagine the public summit, so this year, a “year in review” documentary will be available starting Aug. 18.

Since the quality-of-life plan was published in 2018, a volunteer task force overseeing its implementation has grown to over 40 leaders working alongside dozens of partner groups that have initiated more than 40% of the plan’s action items.

The documentary was first shown to plan leaders and funders at a private red-carpet premiere on July 29 at the Kehrein Center for the Arts. Click here to see photos.

“Austin is filled with so much culture and with beautiful people. We have a lot of dreams and goals that deserve the opportunity to come to fruition,” one person says in the documentary.

To learn more and see the documentary live at 6 p.m. Wednesday, click here or here.