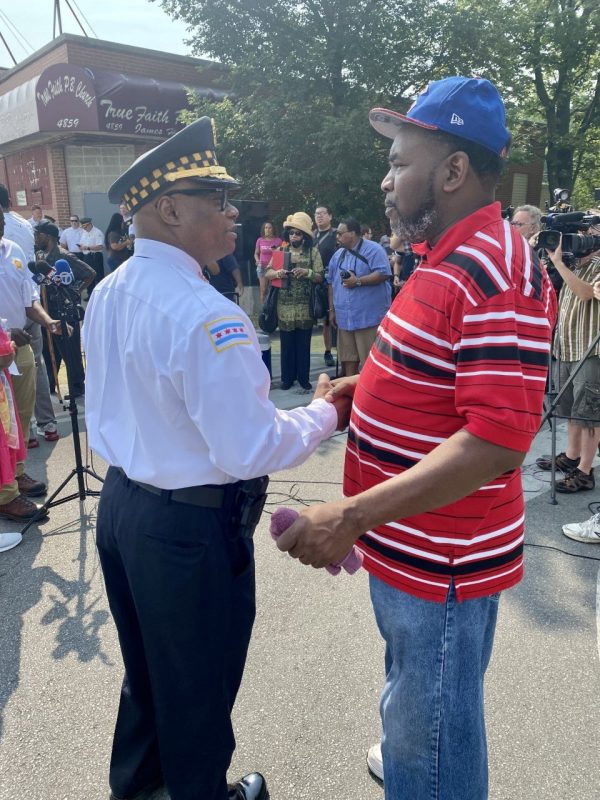 Another bloody weekend in Chicago has left 10 people dead among 70 shooting victims. This brings our grim 2021 totals to 450 people murdered with 2,500 people shot.

The gun violence isn’t limited to Chicago, with more than 14,000 people killed through gun violence across the United States so far this year.

How did we get here? Violence isn’t a new problem, but there is no doubt that the isolation and marginalization of poor communities worsened during the pandemic.

Adding to the already existing racial tensions were nearly an entire nation at home watching the 9-minute video of Minneapolis police officer Derek Chauvin kneeling the life out of George Floyd in May 2020. A country of people largely under quarantine erupted in anger on the streets to protest this barbaric murder.

In addition to Floyd, there were the police killings of Breonna Taylor in Louisville, Rayshard Brooks in Atlanta and countless other police shootings across the country that sparked a justifiable national movement on the issue of justice and police accountability.

The contentious debate over the role of police in our communities – including whether to increase funding or defund police departments – has continued as we also address the sharp increase in gun violence.

These heated and often emotional arguments are on full display here in Chicago. Our city has our own long list of outrageous police killings including innocent women such as Rakia Boyd and Bettie Jones and teenagers such as Quintonio Legrier and Laquan McDonald.

Each one of these shooting deaths brought large numbers of protestors into the streets in righteous calls for justice. These shootings – and others – is why the Illinois attorney general’s office is working with the Chicago Police Department to enforce a consent decree with the intention of bringing dramatic change with how police officers interact with Black and Latinx communities.

What does this have to do with the current high rate of violence?  Tensions between police officers and communities of color are an impediment toward stopping the violence.

When people don’t trust the police, they won’t cooperate with them when they witness acts of violence. Police who feel they are in a community of people who hate them will remain in full retreat and will not be proactive with getting to know the community to keep children and adults safe.

As respect for the police disappears, gunmen of all ages become emboldened, and we see the results of this in the daily statistics.  All of us who desire a safe and civilized society lose in this climate of distrust.

Just before both of us marched with Brown last Saturday in Austin, our superintendent had a plea for the people thinking about committing acts of violence.

“Forgive your conflicts,” Brown said. “Let that young man you are planning to kill tonight – let him live.”

Brown has asked faith leaders for prayers. All faith and community leaders – and all Chicagoans – should give this man of faith our prayers and support.

Many people say that it is impossible to reform the police, especially considering the racist history with how police departments were originally formed as slave patrols. We cannot deny this historical fact.

But what’s also true is that there are many police officers of all races who joined the department to make life better for the people in all of our communities.

Brown is committed to doing everything in his power to transform the Chicago Police Department. If he is successful, he will create the conditions necessary for the police and the community to finally be on the same team in the quest to stop the violence and create safer streets.

It’s time to end the carnage of our innocent children, women and men getting gun down on our streets every day and year after year.  Let’s all work together to reform and/or renew and reimagine policing in our communities and create a safer and more peaceful future for Chicago.