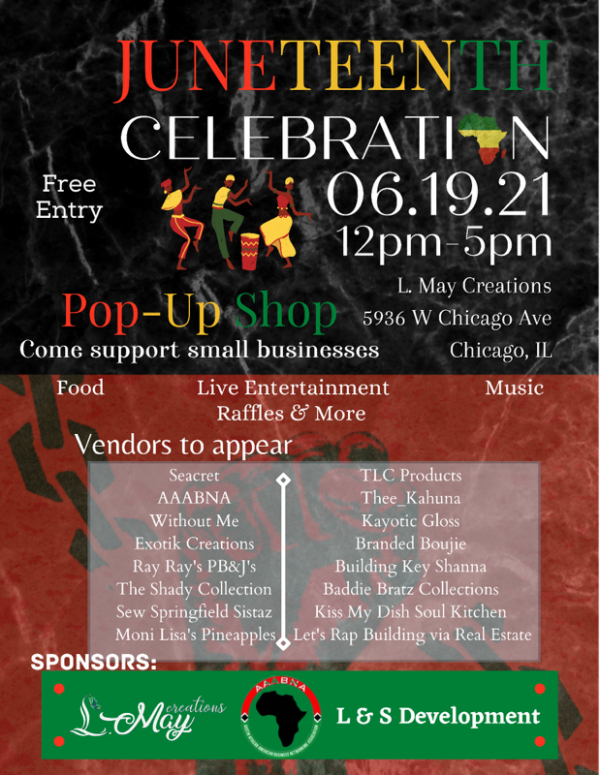 The bill was passed with bipartisan support in both the Illinois House and Senate, and it was great to partner with my senator, Senate Majority Leader Senator Kimberly Lightford, to pass the legislation after I and many others have worked for years to make Juneteenth a holiday in Illinois.

Juneteenth recognizes the announced ending of slavery by Union forces in Texas on June 19, 1865, years after President Abraham Lincoln’s Emancipation Proclamation had outlawed slavery in rebellious territories that included Texas.

Juneteenth celebrates the Emancipation Proclamation, which actually happened two years earlier, but those in Texas hadn’t heard about it yet due to their oppression.

Ratification of the 13th Amendment later that year would finally end slavery in all parts of the country, including areas not initially covered by the Emancipation Proclamation. Juneteenth remains the oldest nationally celebrated commemoration of the end of slavery in the United States.

Recognition of Juneteenth is a step in the right direction to really start to understand what happened to Black people in 1865; to recognize that Black people have been mistreated; to lead to some sort of healing; and to see with eyes wide open what continues to happen today.

Juneteenth is not only a day to eat red velvet cake and drink red soda. Juneteenth is a great day to educate people about our common American culture, not just Black culture.

Whites, Latinos/Latinas, Asians, Blacks, Democrats and Republicans all voted to make Juneteenth a holiday, realizing that Juneteenth is history for ALL Americans.

The history of Juneteenth is that Black people were legally free from slavery, but they were held back for two additional years. Even when Blacks gained the knowledge of their freedom, Blacks were not given the opportunities or the tools to advance. Forty acres and a mule was to be the idea so Blacks could survive and have a chance.

But a racist system prevented this from happening. The same thing continues today, with delays in the progress of Blacks in education; in the criminal justice system; and in a recent example, in the cannabis industry. The system is stacked against Blacks, and even against Whites who are not part of the 1%.

Juneteenth is a recognition of part of our history that we cannot forget. The significance of that history is the playing field has never been level for Black people, even if the law says that we are free.

And, if in spite of all odds, Blacks build something like Tulsa’s Black Wall Street or even just owning a home before the 2007 housing crash, it can all be destroyed by a system that doesn’t seem to want Blacks to create wealth or a future for themselves.

Every year, Juneteenth will remind us of the historic struggle and sacrifice that Black Americans faced while enslaved and even after realizing they were now free in America.

These consequences continue to affect all of us today. Juneteenth challenges us to change the systems that continue to oppress Blacks as well as Whites and other groups.

By making Juneteenth a state holiday, we are rightfully elevating it to ensure that residents have the chance to pause and consider the important steps our nation has taken to combat injustice and all of the work that still remains.