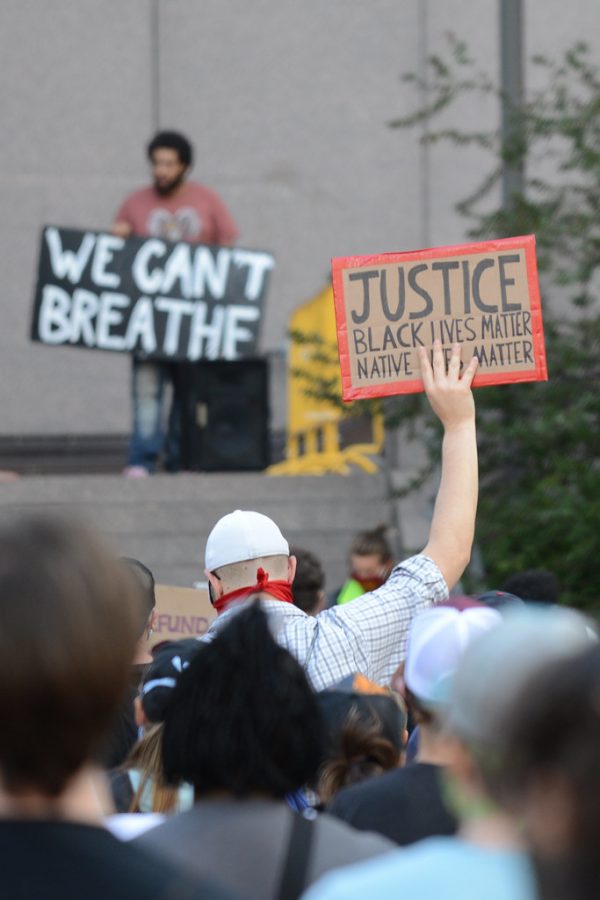 As stated by Amnesty International, “This outcome is not enough, because George Floyd’s tragic death made all too clear the systemic failures of policing in the U.S. and that Black and brown communities bear the brunt of police violence. The truth is that Derek Chauvin being held accountable for killing George Floyd is the exception — not the rule.”

“We must acknowledge the racist roots of law enforcement in this country if we are to address the systemic failures of policing and bring about meaningful public safety for those that have been historically overpoliced.

“This must include shrinking the size and scope of law enforcement in daily life, eliminating qualified immunity that creates a barrier to redress for victims of unlawful policing, demilitarizing law enforcement and enacting strict limits on the use of force altogether,” according to Amnesty International.

The laws that government bodies pass and don’t pass make police work even more of a challenge. Racist laws must be repealed, and new protections must be enacted to protect everyone’s liberties.

Furthermore, it is clear that police officers here in Chicago have to stand up for themselves and reject the current racist leadership of the Fraternal Order of Police Lodge 7.

Meanwhile, the new Chicago Police and Fire Training Academy construction is progressing on the West Side at Chicago and Kildare.

What will new police officers be taught there? Even the Chauvin’s defense attorney stated that events during Floyd’s murder could be seen through a different lens.

As reported earlier this week by the Chicago Sun-Times, critical race theory has been defined by the American Bar Association as a critique on how the social construction of race and institutionalized racism perpetuate a racial caste system — one that relegates people of color to the bottom tiers because of the lasting effects of the legacy of slavery and segregation on Black people as well as other people of color.

It also recognizes that race intersects with other identities, including sexuality and gender, and that racism is embedded in institutions such as those that make up the criminal justice system.

This is in line with President Biden’s Department of Education establishing priorities for grants in American History and Civics Education programs to prioritize “projects that incorporate racially, ethnically, culturally, and linguistically diverse perspectives.”

Justice will come following the Chauvin verdict when we change systems that perpetuate racism. By using critical race theory and having our police officers learn how to see Black and brown people through a different lens, to see us as humans just as they are, can be part of the change and justice that the memory and legacy of George Floyd deserves.