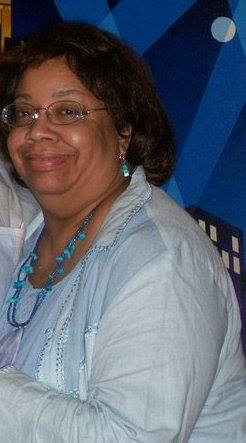 Bethel New Life is honoring the late and beloved community leader Mildred Wiley by naming an urban farm and wellness hub after her.

A virtual design workshop was held earlier this week to get input from residents on the design of the hub, which is located in the 4900 block of West Thomas and Division streets and bordered by Lamon and Lavergne avenues.

Monday night’s virtual workshop featured speakers from Bethel New Life and staff from partnering organization Chicago Botanic Garden. They spoke about the importance of wellness, which was defined as “the act of practicing healthy habits to attain better physical and mental outcomes; so instead of surviving you’re thriving.”

Residents were invited to learn more about the hub as well as take part in a live poll where they got the chance to vote on designs for the interior and exterior spaces.

There are eight garden plots run by residents, a hoop house and 2,500 square feet of diversified vegetable production.

Produce will be sold on site at a seasonal weekly farm stand through VeggieRx in partnership with the PCC Wellness Center.

The Austin native helped create Austin Coming Together, and she worked at Bethel New Life for nearly two decades.

In a statement made shortly after her death in 2019, Ed Coleman, then president and CEO of Bethel New Life, referred to the Wiley as someone who “cared deeply about community” and was heavily involved in activities to improve the quality of life not only in the Austin neighborhood but others as well.

“The legacy of Mildred Wiley will always be ingrained in all that we do,” Coleman said then.

This week, current Bethel New Life CEO Sharif Walker reflected on Wiley’s dedication to bettering her community in a statement to AustinTalks:

“Mildred Wiley’s intense commitment to Austin residents, families and community represented everything we wanted Bethel New Life’s work in the health and wellness space to reflect today and into the future. She wanted so much more than mere survival. She wanted to see this community and the people within it thrive.”

Walker said the new garden is another way to meet Wiley’s vision by engaging community members in programs that prioritize health and wellness.

Seniors will have access to horti-therapy, and youth and adults will have a pathway to horticulture careers.

Walker considered Wiley a mentor. She recruited Walker as a founding member on Austin Coming Together’s board of directors, where he served as chairman.

“Our initial board meetings occurred in a small conference room on Bethel New Life’s campus where she served as senior director of community services. It was a full circle journey when I assumed the role of president and CEO of Bethel in July of 2020,” Walker said.

Deborah Williams, a co-worker of Wiley’s at Bethel New Life, remembers her as a person who was passionate about being involved in social justice groups across the West Side.

Williams, a community outreach and engagement specialist at Habilitative Systems Inc., was the first recipient of the Mildred Wiley Community Fire Award for being an outstanding resident dedicated to the Austin community.

“She was out in the trenches of the community, sharing information on health services and promoting a healthy lifestyle, especially for seniors.”