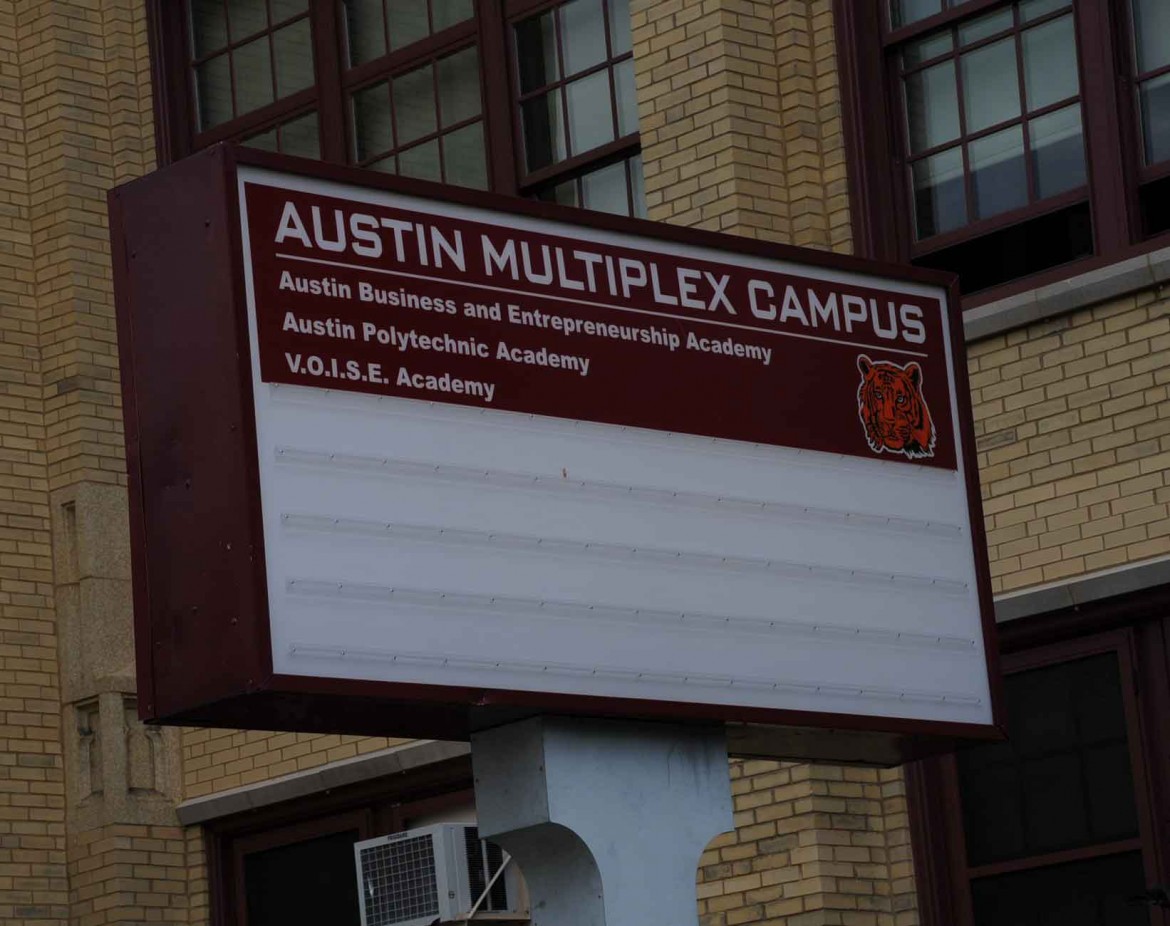 Austin High School is a single campus again following a vote Wednesday by the Chicago Board of Education to consolidate the campus from three schools to one.

It’s a win for those in the Austin community who never supported the school’s conversion several years to a charter school model.

“I wanted it to be a neighborhood school,” said Susan Hickey, an Austin High graduate from the 1960s.

Hickey, a retired Chicago Public Schools social worker, spoke during public comments at Wednesday’s meeting. Her comments were mostly about budget cuts to student health programs across the district, but the Austin High alum made sure to express her support for the consolidation.

The board approved the consolidation proposal submitted by the Austin Community Action Council at its regular monthly meeting.

The new school will open this fall under the VOISE Academy name.

The campus’s other two charter schools, Austin Polytechnical Academy and Austin Entrepreneurship and Business Academy, will be phased out with the students from those schools accepted into VOISE.

Some teachers, staff and administrators from the two charters will also likely join VOISE, according to CPS officials.

CPS closed the campus and many other under-performing schools citywide in 2004.

“I went into mourning because that was my school,” Hickey, a 1966 graduate, said.

“When they changed it to those small charter schools, we knew it wasn’t going to work. It’s charter schools. They not really going to be open to kids from the community. It was a damn good neighborhood school.”

The combined enrollment for all three schools has dropped by about 50 percent in the last five years, from roughly 1,100 students in 2011 to 558, according to the most recent School Report Cards.

CPS officials acknowledge that some families had begun enrolling their children at schools outside the neighborhood.

Hickey, however, said CPS will never admit that their charter school model failed.

“They’ll never say they were defeated. They’ll say, ‘Well, we’re just going to a different model.’ Or they’ll blame it on the previous administration; they’re a new administration, and they’ll do things better,” Hickey said.

“It’s better to have one school with the kids under one principal so you don’t have them going in different directions,” Mitts said.

The principals at Austin Polytech and the Business Academy will be let go, but teachers and administrators from those schools will be able to apply for jobs at VOISE Academy.

As required by law, teachers at the two schools will receive Reduction In Force (RIF) notices before being allowed to apply.

“It was community groups who thought that it would be better to separate and put the three schools in. That may not have been good thinking at the time,” Mitts said. “It really didn’t turn out, overall, to be a good plan.”

Wiley said the next step is for CPS to “put the money in so we can make this school great.”

“We want technical support on getting back to one school,” she said. “We want the investment in the curriculum and supportive services for the students because our children need a lot more of those services.”

View all Chicago Board of Education Posts →