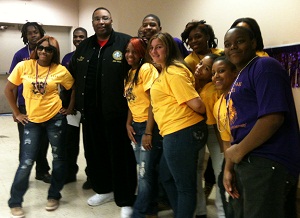 Members of the West Garfield Park Youth Council tend to address David Elam as “Mr. President” when they want his attention. The 21-year-old leads the young 15-member group and was instrumental in organizing the “community healing” event Jan. 28 at the Metropolitan Primary Academy, 4540 W. Washington Blvd.

While the event was sponsored by Safety Networks, the Illinois Violence Prevention Authority and Fathers Who Care, a local social service organization that provides aid to indigent fathers in the community, the Rev. Walter Jones Jr., executive director of Fathers Who Care, said plans for the community healing were made and directed by the youth council. 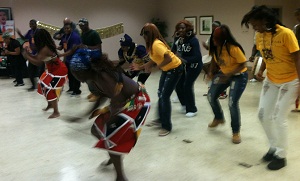 Nearly 100 people of all ages came out for the event, which included a traditional African dance set by the Minianka African Drum and Dance Ensemble, motivational speeches and musical performances by local residents, and dramatic skits performed by members of the youth council covering issues such as domestic violence and school bullying.

“As young people, we’re usually shut out of big decisions,” Elam said, “but when people in charge see us speaking up and doing something positive they start to pay attention.”

As president of the youth council, the role of MC fell to Elam. Having participated in other community outreach programs, including Chicago’s Neighborhood Recovery Initiative, a state program aimed at reducing violence and risk factors through community-based youth services, Elam seemed at home in the role of community organizer. 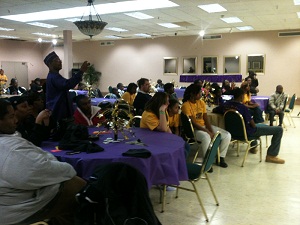 He’s also at least partly responsible for enlisting his brother and sister in the youth council’s membership.

“We really put our hearts into making this happen,” said 17-year-old Monique Elam, who serves as the youth council’s secretary.

In addition to a schedule of events planned between now and June, including a spring formal dance in April, the youth council also runs a weekly call-in show on CAN TV, which addresses issues faced by community youth.

“This is a new day, a new season and a new journey,” Jones said. “So often we hear the negatives and not the positives, but the young people do this – it’s all youth driven and oriented.” 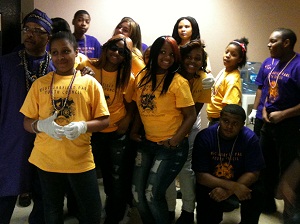 Ald.Jason Ervin (28th) also stopped by to congratulate the youth for their efforts, noting his apologies for being late but making the time to take pictures and pray with the group before lunch was served.

“It’s like I always say to people,” Ervin said, “No one’s going to save us from us but us – it’s us in the community that have to work together.”

To view a slideshow and video of the event by our partners at the Austin Weekly News, click here.

View all fathers who care Posts →